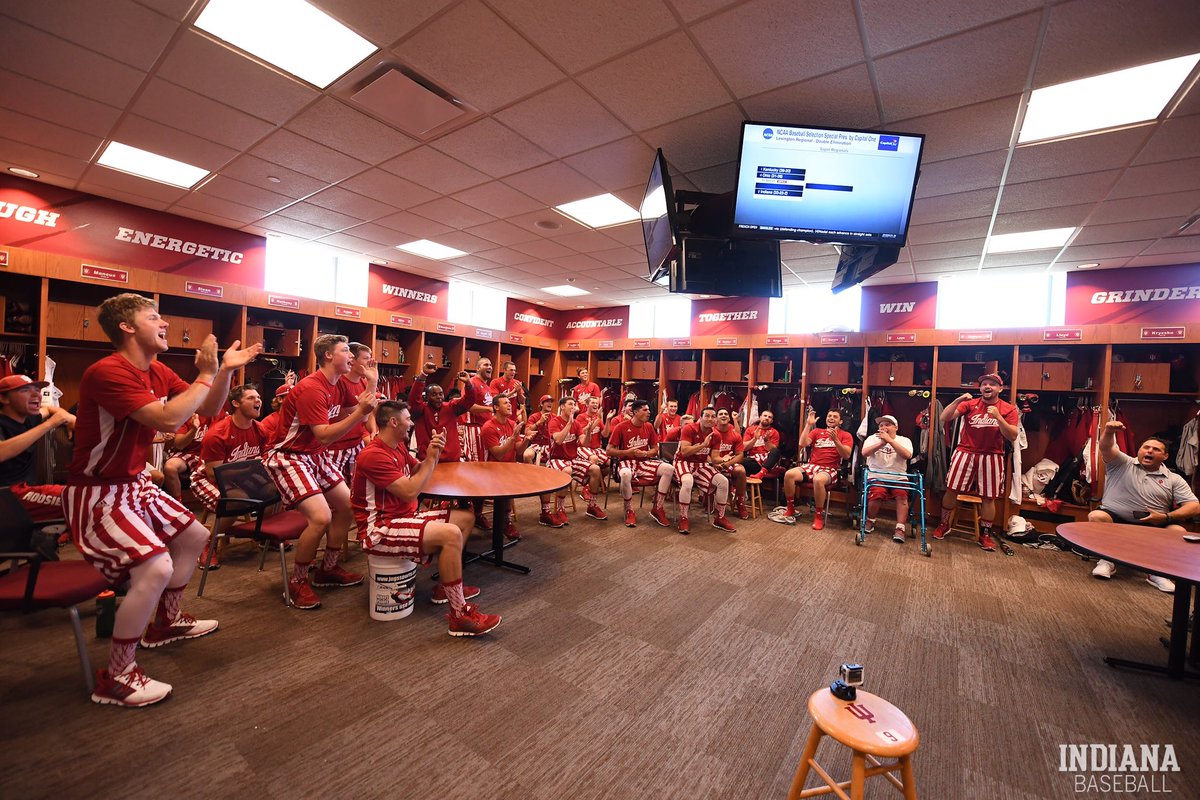 Yes, Indiana makes all of their teams where those stupid candy-cane pants, via @HoosierBaseball.[/caption] The No. 4 seed in the Lexington Regional is out of the tournament.  After falling to the Wildcats 6-4 on Friday, the Ohio Bobcats were eliminated by the Indiana Hoosiers 11-2 today at Cliff Hagan Stadium. After a long night of extra inning baseball, the Hoosiers showed no signs of fatigue.  IU's Logan Sowers hit not one, not two, but three homeruns in the early game at The Cliff. The loser of tonight's game between the Wildcats and the Wolf Pack will take on Indiana tomorrow at 1:00 in an elimination game.  If the Cats can find a way to win tonight, they'll play tomorrow night at 7:00 and need to take two losses to be eliminated from the Regional.