One last thing...
Article written by: 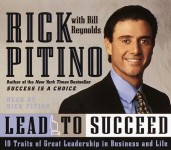 Perhaps this is too much Billy Donovan waxing in succession, but in an attempt to not be left out like I was the year all my friends got a Sega Genesis for Christmas and I a Geo Safari, I must state the obvious: this is eerily reminiscent to his mentor/buddy/man crush Rick Pitino. Like Pitino, Donovan exits amateur basketball on top. Like Pitino, Donovan inherits a team far from serious playoff contention, and like Pitino, Donovan steps into a world deep in lucre, but entrenched in expectation. After all, it was Billy, who just this season, bucked convention by taking Florida wire-to-wire to win his second consecutive Championship. Now, with only an hour and a half (depending on how many blue hairs are out that day) drive down the Florida turnpike separating his old gig from his new one, there’s little question that Billy is expected to win…soon. We’re all privy to the failures of college turned NBA coaches in the past, so I’ll save the stats. But the obvious constant for each college-to-NBA coaching bomb has been talent; or in this case, lack thereof. Frankly, John Wooden couldn’t have taken this year’s Atlanta Hawks to the playoffs, and John Brady could’ve won a Championship with the Spurs. For, in the NBA, there’s no recruiting, no creative motivation tactics, no “playing daddy.” You’re at the mercy of your ownership, their wallets, and the volatile egos of your players. Larry Brown, really the only man to have legitimate NBA success after coming from a high-profile college job, was aided by an assortment of Hall-of-Famers during his professional tour, including David Robinson, Reggie Miller, and Allen Iverson. Billy Donovan will inherit some good players, with the freakishly talented but not old enough to booze Dwight Howard serving as the franchise cornerstone. Orlando certainly isn’t a team in shambles like the Celtics were (well, they still are) when Pitino jumped on board. In a testament to how truly watered-down the NBA has become, Orlando backed into the playoffs this season with a losing record. But it is going to take a lot more than Howard, Jameer Nelson, JJ “everyone is so fast in this league” Redick, Grant “I haven’t mattered much since Fila was in business” Hill, and Darko “I was picked over Carmelo” Milicic. Donovan certainly isn’t getting any help in the draft, as Orlando doesn’t take their turn at the podium until the 39th pick. Maybe management can orchestrate a blockbuster, land a hot free agent or move back into the lottery, but that is impossible to bank on. I don’t blame The Kid for making the leap; if he was ever going to move on after his 11 years as a college head coach, this was it. Strike while the irons hot for that cash, oh man that cash. But I would be shocked if Donovan steers this bunch to anything past the first round for the next few years, although I would have been equally as surprised if he’d taken Florida past the second round next season. Beware Billy, we’ve seen this movie before, and the ending is more Tarantino than Ron Howard. I just hope you’re never reduced to regurgitating the infamous words of your mentor and you fully understand the fact that Shaq isn’t walking through that door, neither is Penny Hardaway, Nick Anderson, Ho Grant, or Scott Skiles. You have five years to prove history wrong, and as long as Orlando doesn’t join the SEC, I hope you do.