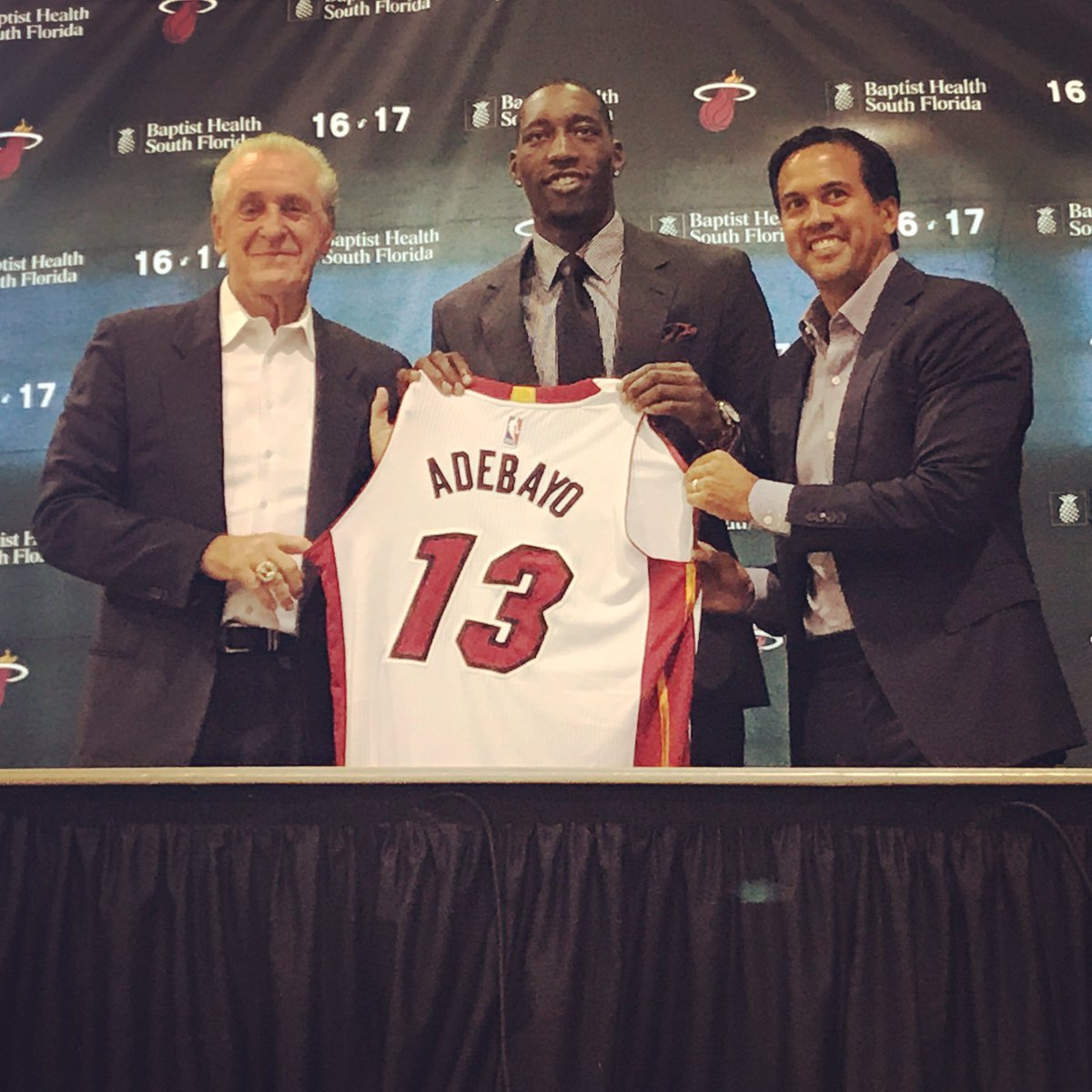 Pat Riley’s been waiting to draft a Kentucky player for years. Today, the former Cat and current Miami Heat president said that for too long, he was stuck in the “Duke mold,” which is why he’s thrilled to finally have a fellow Kentucky Wildcat on the roster in Bam Adebayo, whom the Heat selected with the 14th pick.

“I couldn’t get out of the Duke mold,” Riley quipped when asked what took him so long to draft a Kentucky player. “I’d fight like crazy on draft night. Thank God we got one. There’s always been a lot of guys on the board from Kentucky, but since 2009, Coach Cal, he’s had 17 freshmen lottery picks. A lot of times, we have been a good team picking in the 20s, we very rarely are picking on the lottery.”

“I’m not saying this is personal last night, that I wanted to get a guy from Kentucky. I just wanted to get Bam. I just felt that he was the best guy on the board, no doubt about it. We rated him at that time and when our pick came, his name was the one on the board, I was tickled to death.”

I think you can tell that from the hug Riley gave Bam when he walked into his office in Miami today:

“There were other bigs that were available that had specific skills, but there were other things we didn’t like about them. I think he’ll be a perfect fit for us,” Riley said. “It’s a wow factor. He’s not 7-1 like [Hassan Whiteside], but he plays like him at 6-9. He’s an above the rim player for real while other guys try to play above the rim. His speed, quickness, ability. We put him in situations to guard perimeter guys. We felt the need to get an athletic big. He’s a gamer. He’s hungry. He’s as clean as a whistle.”

Once again, Riley praised the job John Calipari has done at Kentucky, as well as Bam’s maturity.

“I’m a big fan of what John [Calipari] does from a coaching standpoint at Kentucky. He comes from a great system,” Riley said. “Also, when we sat and talked to Bam for an hour, you get blown away by his story, his background, his motivation. We felt he was the best player on the board at that time. Now he’s not the best shooter, but that all comes. When he was in the workout for us, he made 30 out of 50 threes and had a great release. All that comes with young big men.”

“He played 30 minutes a game, shot about 60 percent. He’s a very efficient player around the basket. Doesn’t need the ball. What [Calipari] said to me was, he was a great teammate, a wonderful teammate to have. When we talked to him, he had a level of maturity about him, a quietness about him that we really liked. I saw him play two or three times and a number of film sessions. There were three or four or five guys in the mix. He was actually ahead of the 14th pick [on our draft board]. We feel he’s going to be a special player.”