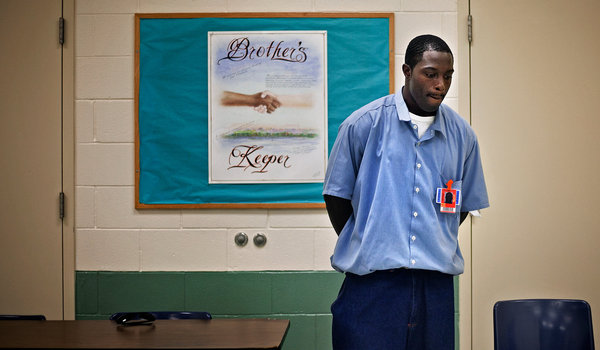 (h/t NY Times) Many have wondered where exactly Pete Thamel has been over the past few weeks since taking his new job with Sports Illustrated. Where was he with the investigative report on North Carolina? Why hasn't he been snooping around Nerlens Noel like he usually does with a top recruit headed to Kentucky? The answer seems clear now after Thamel released a story for the New York Times that, to be quite honest (and I don't particularly enjoy giving him this kind of credit), is a must-read. Thamel took a dive into a rather untold story, especially for those not deeply entrenched in the world of the early 2000's college basketball recruitment. Jonathon Hargett was a Top 10 recruit in the 2001 class, rated ahead of NBA guards such as Ben Gordon and T.J. Ford. Hargett had the world at the tip of his talented, tattooed ("Gifted Hands") hands. NBA scouts and college basketball coaches knew that Hargett came from a troubled background, but saw the transcendent talent Hargett held. The tragedy of what transpired next is where the story of Hargett really unfolds. The story is bound by drugs, death, runners and $20K to attend WVU. To this day, the greats like Kevin Durant still beg the question, "whatever happened to Jonathon Hargett?" The answer, as Thamel discovered, isn't pretty.  Jonathon Hargett turns 30 this weekend and will spend his birthday as an inmate in a medium-security Indiana Creek correctional facility. Hargett is serving the final months of an almost 5-year sentence for drug possession with intent to sell. For a guy who once had the promise of making millions of dollars in the NBA, a future pro in the eyes of almost all who knew him-- he now makes cleaning supplies in a prison-work program in hopes of securing $500 to spend on his daughters upon his release in January. Thamel was able to outline the details of Hargett's childhood and young adult life, all of which contributed to the destructive path he found himself going down. By the time Hargett was finishing up his high school career, he was "immune" to smoking marijuana, yet still playing at a high level. Red flags began to pop up for college coaches as Hargett's entourage continued to grow, placing some shady and risky characters around him. By the age of 15, Hargett admitted that he had agreed to be represented by an agent.

Jonathan Hargett risked his college eligibility for a watch, a two-way beeper and a cellphone, the spoils of connections he claims he had with runners, who are intermediaries for agents and financial advisers. Hargett recalls agreeing to be represented by an agent at 15, the year he got his girlfriend pregnant. Two years later, Hargett said, he began taking money from a man who worked for a financial adviser. Greg Holloway, the financial adviser, confirms that he gave Hargett and his mother money. A Holloway employee, Mike Anderson, ingratiated himself with Hargett by giving him a cellphone and a beeper. “I’m in high school,” Hargett said, his eyes growing wide at the memory. “A two-way beeper? That’s big.”

Hargett's troubled journey continued with him bouncing from school to school, including a stop at an unaccredited school among others. His checkered past didn't hinder his recruitment entirely though, as many major schools including Arizona, Tennessee, West Virginia, Michigan and LSU still showed strong interest.  Perhaps the most intriguing part of the story comes in the form of West Virginia's alleged willingness to pay Hargett while he attended school there. The package they offered was more enticing, even though Hargett would have preferred to play at Arizona. Hargett says that he was offered $20,000 a year to attend West Virginia, among other benefits.  The entire article is really a must-read and can be found here.  The story of a young man with so much promise serves as a cautionary tale and is nothing short of terribly sad.