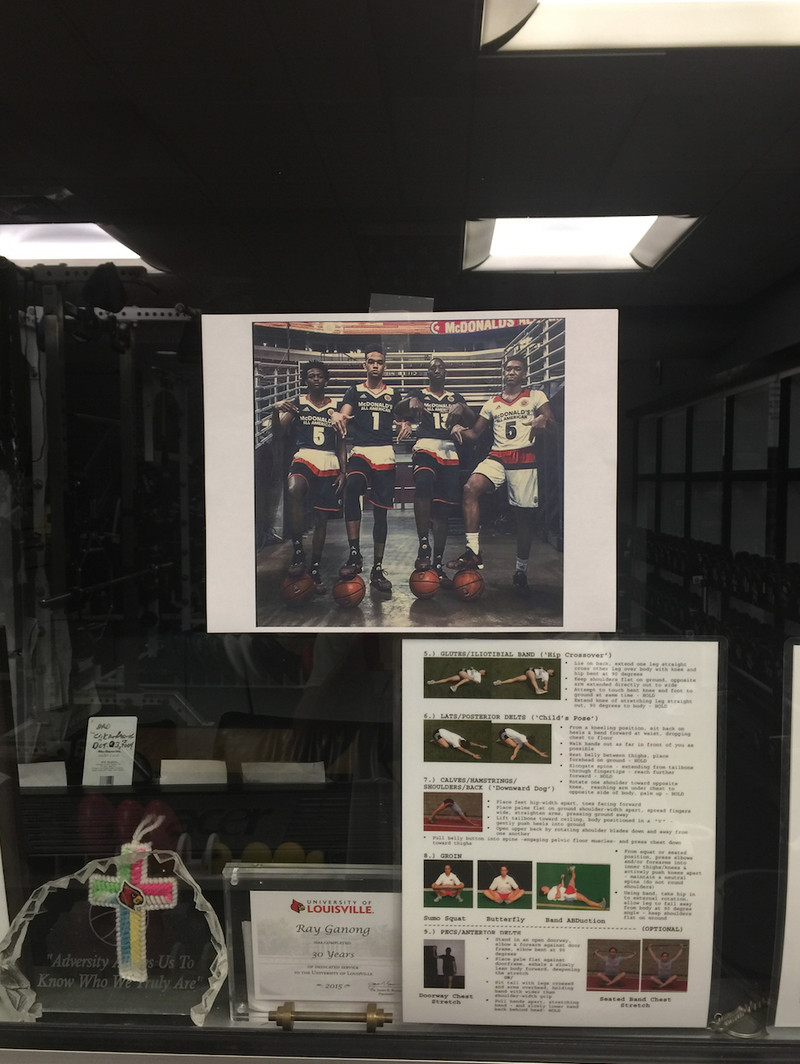 Photo: Card Chronicle[/caption] I was already a big fan of UK's 2016 recruiting class, but they went up another notch in my book when De'Aaron Fox, Sacha Killeya-Jones, Bam Adebayo, and Malik Monk posed with L's down at the McDonald's All-American Game in March. That picture went viral, and it turns out that the Louisville coaching staff noticed it as well. According to this pic from Mike Rutherford, the picture now hangs in the UofL weight room. I guess when you've lost eight of the last nine and your program is mired in scandal, you'll take any motivation you can get. (If you're looking for some laughs, check out this Louisville message board thread about the picture. Goodness me.)