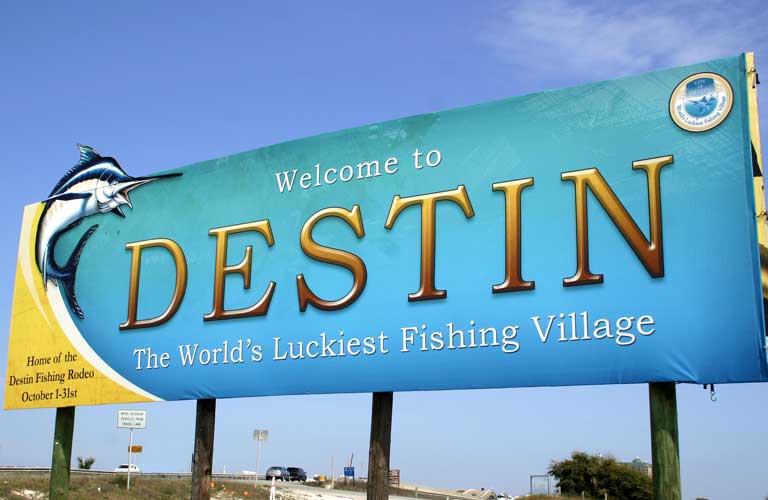 The Southeastern Conference's head coaches, athletic directors and power brokers are all gathered together down in lovely Destin this week for the SEC Spring Meetings. Beginning today and concluding on Friday, the biggest names in the SEC will hit a variety of issues facing the conference, whenever they're not at the t-shirt stores, Go-Kart tracks or Fudpucker's. Below I have listed a wide range of potential topics they'll hit, and maybe resolve, this week in the World's Luckiest Fishing Village, along with a couple of other notes:   Conference realignment: Auburn to the SEC East? Missouri to the SEC West? It makes total sense, geographically, and will make for better divisional rivalries in football: Auburn-Georgia, Auburn-Florida, Mizzou-Texas A&M, Mizzou-Arkansas. But for us Kentuckians, the thought of playing Auburn every year sounds awful. Satellite camps: The hottest topic of the offseason will for sure be one of the hottest topics at this week's meetings. The conference went back-and-forth with its rules regarding camps this spring, and will try to figure it out for the long-term while in Florida. Instant replay: The SEC will introduce a new centralized replay center in Birmingham for the 2016 college football season. The league's coaches will get a better look at how the center and its decisions will factor into lives game this fall. Player conduct and NCAA violations: It was yet another ugly offseason around the SEC in its off-the-field conduct and abiding by NCAA rules. That will all be addressed, and Ole Miss' attendance will be mandatory. CBS game times to be announced: Expect a partial schedule from CBS while in Destin, as is the case every year. Do not expect Kentucky to be in any of the marquee games. Saving basketball: The conference brought in Mike Tranghese as a consultant this spring to help improve basketball as a whole in the SEC. There is no easy solution to the problem, but the problem and some potential solutions will be discussed. No talk of money: Unlike in years past, we'll have to wait until the fall to learn just how much revenue the conference and its 14 schools raked in. Revenue distribution is scheduled for an October public release this year. No Steve Spurrier: Destin will be without Spurrier this week for the first time in 11 years.