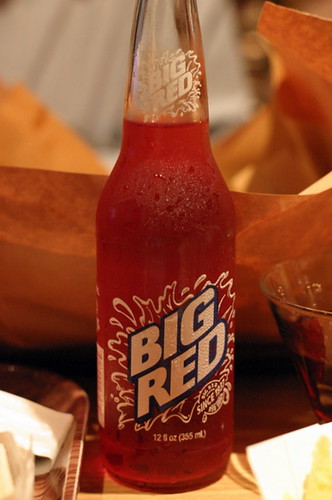 All thoughts in Big Blue land are now focused on tonight's Sweet 16 game against the Big Red of Cornell. According to Bodog.com, the Cats are still a 9-point favorite tonight but the line is getting close to shifting another half-point to 8 1/2. In other words, Vegas is sucking in those who think Cornell can actually beat Kentucky tonight. I'm not buying it. Cornell is a great story (and I would be in their corner against practically anyone else), but I think the Cats win by 15-25 points. What are the chances of winning No. 8 this season? Actually, the chances are pretty solid, even with a young team. Here are a few things that put UK in a prime position: - Some of the teams that had the talent and experience to possibly defeat Kentucky have already been ousted (sorry Kansas) - The year of the injury: Purdue, Michigan State, West Virginia and Syracuse have all lost key players to major injuries; you never want to see a kid go down with an  injury, but it is what it is and fair or not, this increases UK's chances. - Kentucky is playing really good basketball at the right time. I know they were playing ETSU and Wake Forest, but a 29.5-point margin of victory is impressive any way you slice it - John Wall, DeMarcus Cousins, Eric Bledsoe, Patrick Patterson, Daniel Orton and on and on; Let's face it, Calipari is right - I'll take talent every time - Focus. UK is focused and they are eager to accomplish their primary goal. - Kentucky may be losing more than NBA players after the season. I have heard rumors of a potential transfer after the season and two assistant coaches have been mentioned in connection with head coaching positions. I won't speculate on a transfer rumor at this point, but Orlando Antigua has been listed as a potential candidate for the Central Florida job. Rod Strickland has been talked about as a good candidate for the DePaul job. - Billy Gillispie is widely considered to be a leading candidate for the Houston coaching position, but The Galvenston Daily Newsis not a big fan of the move. There is also a new buzz about Gillispie possibly returning to UTEP, which would be a complete 360 for BCG. Either way, it's a good bet that he'll be back on the sidelines soon. - How great are UK fans?How about this: if you want John Calipari's signature on one of the special Maker's Mark bottles, you'll have to grab a ticket from Ticketmaster. Not for the bottle - just for the signature. There will be about 1,200 tickets available. - Memphis seems to think that John Calipari owes the school some bonuses (about $360,000) he received. He received the bonuses at Memphis for things like reaching the Final Four, but the accomplishments were stripped by the NCAA. I personally think Memphis should move on, but it's an interesting topic. What are your thoughts? - I heard that a couple performed the John Wall Dance live on the Today Show this morning. If anyone has that video, please post a link in the comments section so I can put it on the site. Follow me on Twitter for any breaking news and updates as we head into a late night of meaningful UK basketball. UPDATE: I almost forgot to mention the little incident in Kansas - the Feds are investigating the Kansas ticket office for the illegal distribution of "hundreds of thousands of dollars worth" of Jawhawk basketball tickets. And we all wondered how certain people managed to get the good seats...