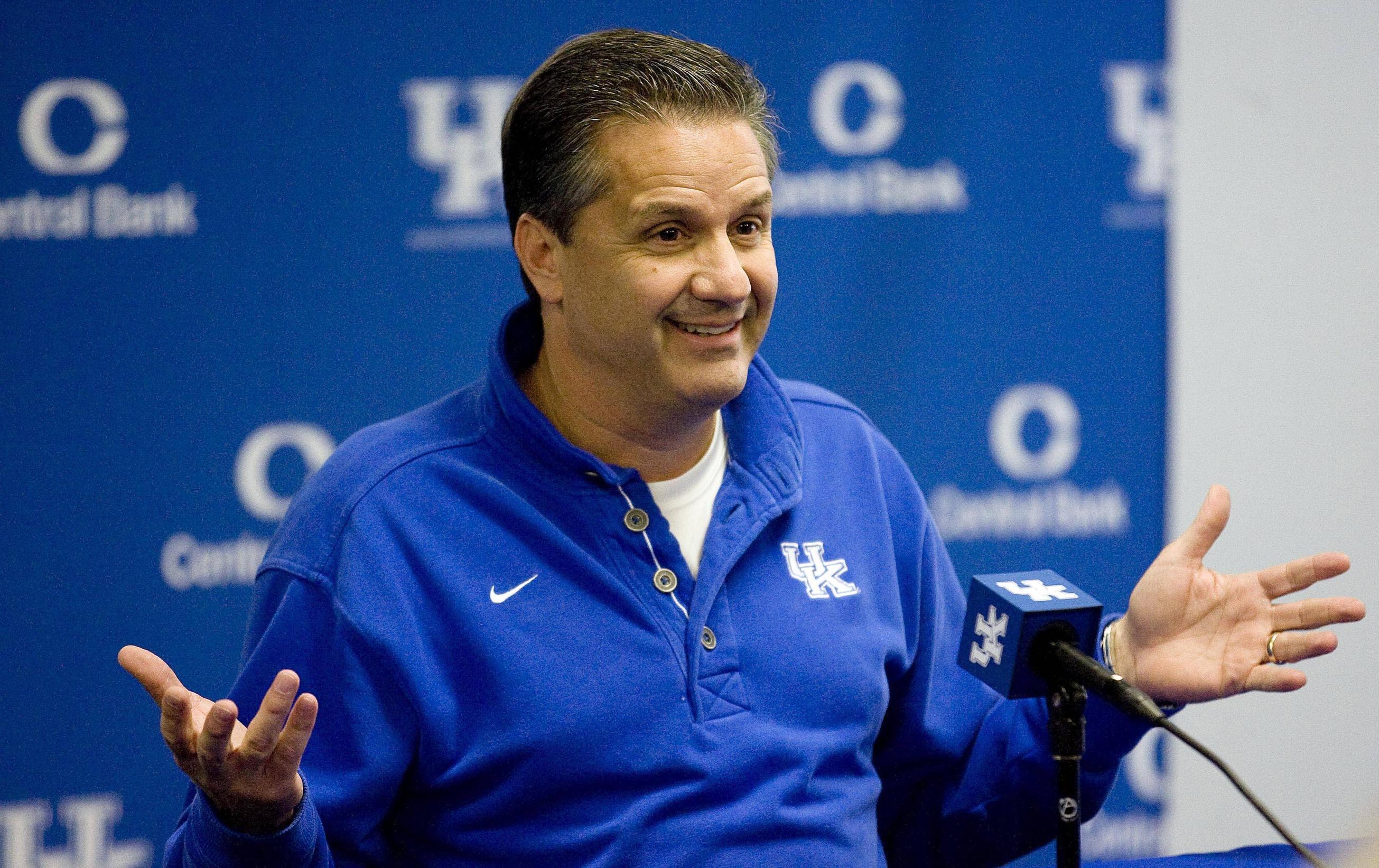 John Calipari will take the UK Basketball Media Day podium here in about an hour, and I have a pretty good idea of what he will say to the packed house of reporters. So give the following predicted quotes a read and then sit back and listen to him say at least half of them on the live stream at 1:00 pm. In the meantime, I'm going to the Media Day lunch, which I assume is chicken parmesan, as is tradition.   "We're here to help them develop habits... It's up to them to own those habits." I'm pretty confident in this one. Habits, habits, habits, habits. Help them develop them. They own them and take them when they leave. Habits. "De'Aaron needs to learn to use his speed to his advantage." Cal will compare De'Aaron Fox to John Wall, but will say Wall knew his speed was his best weapon, whereas Fox has yet to utilize his biggest strength. "Bam's a beast." This will also be said by every single player in the player interviews. Something about Isaiah Briscoe's shooting being much better. Cal will likely say something about Briscoe only being a catch-and-shoot shooter last year (because Tyler Ulis always had the ball), while this year he'll take more shots off the bounce. That, and the work he's put in this summer, will have his outside shooting percentage much higher. Oh, he's leading the team, too. "Like Tyler did for us last year." "This team's strength will be its defense." Shot blocking. Length. Athleticism. Guys who can guard multiple positions. "We have it all." No out of bounds plays yet. Focusing on defense early. Something positive about Malik Monk's athleticism, something negative about his shot selection/decision-making. Out of control at times and settles for shots. Has one of the best runners he's seen. Can get his shot off over anybody because of his vertical, so he always thinks he's open. "It was our first summer with the whole team on campus." He'll remind everyone of how each of his teams had at least one late arrival to campus, but this year the whole gang was in Lexington for summer condition, which made a huge difference. "It's different here." New team. Freshmen. Microscope. Tough schedule. Different paths. (The usual.) "I like my team."   Check back in an hour for the live stream and actual quotes in realtime.