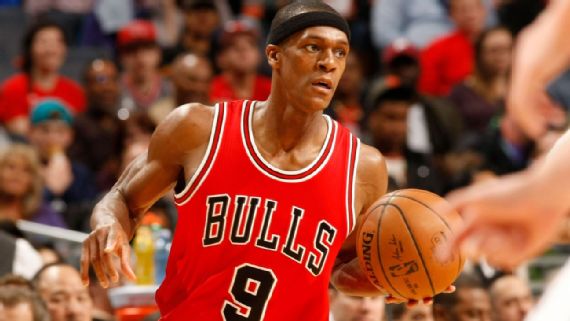 Kent Smith/NBAE via Getty Images[/caption] The Chicago Bulls announced they have waived point guard Rajon Rondo on Friday. Rondo will $3 million of the $13 million he would have received next season if he was not released before the NBA's official start of free agency, which begins tonight at 12:01 a.m. ET. Rondo spent one season in Chicago, averaging 7.8 points and 6.7 assists per game. Rondo was key to the Bulls' 2-0 series start with the Boston Celtics in the first-round of the NBA playoffs. However, a fractured thumb in Game 2 ended Rondo's season. https://twitter.com/ChrisMannixYS/status/880891028064129024 A source told ESPN that the Bulls were trying to include Rondo in a potential trade prior to the With Rondo's release, the Bulls cleared more roster space for some of their younger point guards, including recently acquired Kris Dunn. Hoping Rondo can find a good home, and maybe a team with another former Cat.