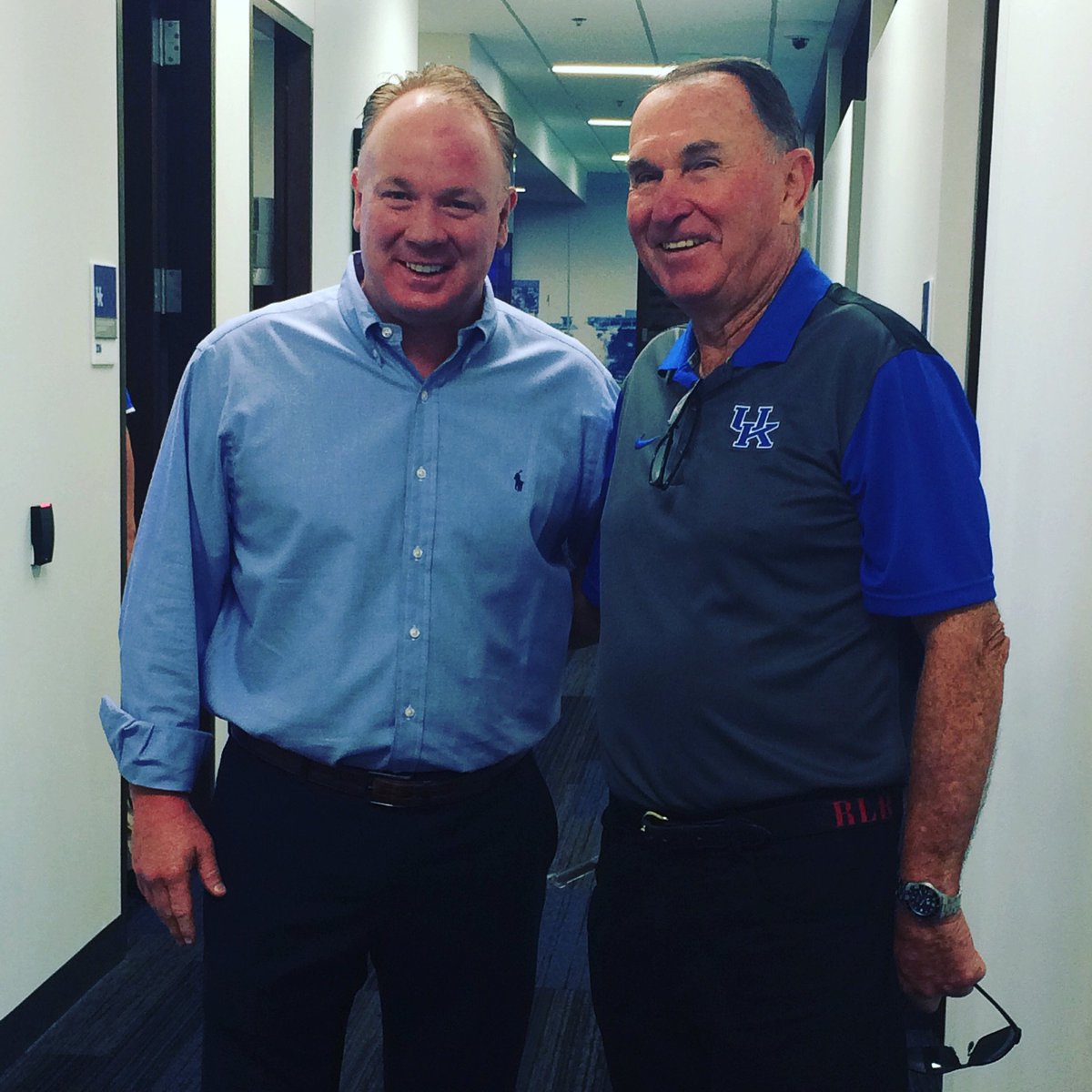 @UKFootball[/caption] If there's one thing going in UK's favor heading into tomorrow night's game, it's that Rich Brooks is in town. Brooks landed at Blue Grass Airport last night and is spending his Friday making his rounds around Lexington, before tonight's Hall of Fame dinner and ceremony. As you can see the photo, he stopped by the football offices to check in with Coach Stoops earlier today. Maybe he gave him a pointer or four on how to get the team back on track. Brooks is one of the members of the new 2016 UK Hall of Fame class; along with one of his players, Wesley Woodyard, who is also in town. Woodyard's Tennessee Titans are at home Sunday so he was able to make the short trip for tonight's induction and tomorrow's game. (Can I get a ride back to Nashville, Wesley?) I don't know about you, but I have a whole new outlook on the game with Brooks in town. No way the team takes an L with Papaw on the sidelines. I had eyes on South Carolina at +3, but Brooks changes things. It's good to see him back.