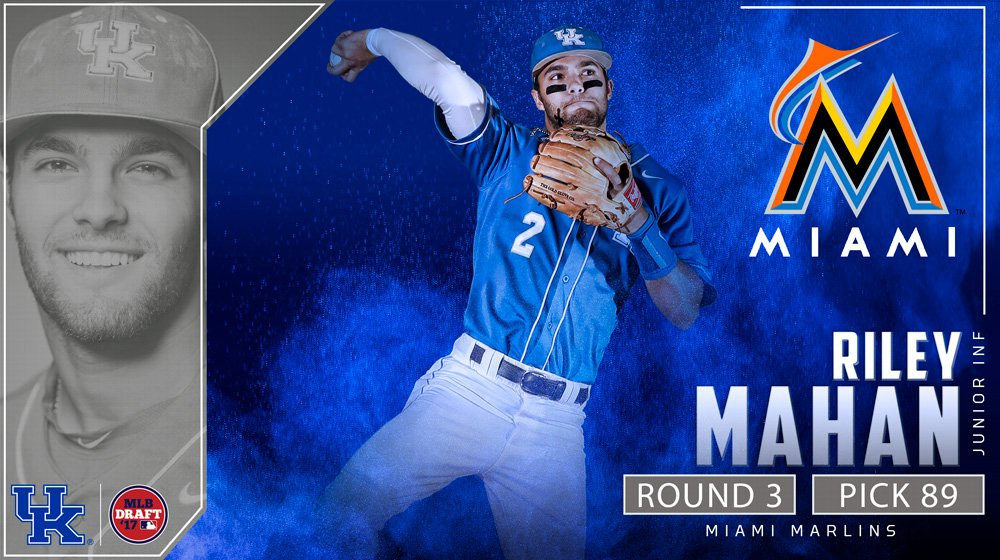 @UKBaseball[/caption] Another Kentucky Wildcat is off the board in the MLB draft. Sophomore infielder Riley Mahan was selected 89th overall, a third-round selection, by the Miami Marlins. Mahan will join fellow Wildcat alum and infielder J.T. Riddle in the Miami organization. We could one day see Mahan on second and Riddle at short. Mahan was a three-time SEC Player of the Week this past season, while Baseball America named him to its third All-America team. He is the second Wildcat to be drafted through the first two days of the draft, joining first basemen Evan White, the No. 17 overall selection. Go Cats.