Sacramento Kings believe they have best rookie point guard in the league
Aritcle written by: 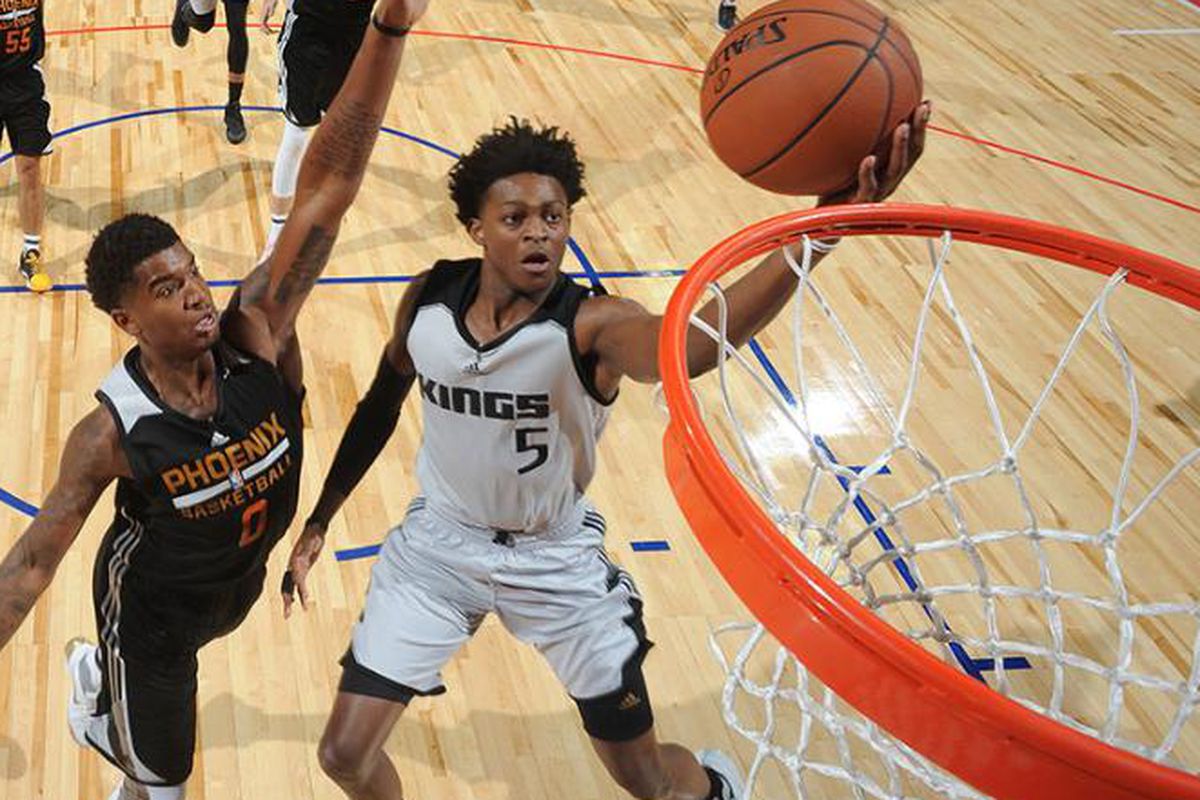 The 2017 NBA Draft was loaded with several franchise point guards, however the Sacramento Kings believe they got the best one with the fifth pick in De'Aaron Fox. "We got the best one, without a doubt," Kings summer league coach Jason March told the Sacramento Bee. Kings general manager Vlade Divac said the Kings would have selected Fox even if they had the first overall pick in the draft. “First of all, we got the guy we wanted and I think he wanted us, I think he’s made that clear and we got the best one and we’re very excited,” March said. “With that said, there’s some talented young men, it was incredible watching these guys.” The Kings finished 2-4 in summer league play. Fox averaged 11.8 points, 2.3 assists and 3 rebounds per game, while playing 21 minutes per game. Fox shot 44.4% from the field and averaged 2.5 turnovers per game. The one thing Fox needs to work on? You guessed it, his three-point shooting. Fox shot 12.5% from behind the three-point line, but keep in mind he doesn't take many three-point shots in the first place. Fox knows the discussion for the best rookie point guard only matters when the regular season starts. “Coming in we knew it was going to be a great point guard class and in summer league we proved it,” Fox said. “None of this matters at the end of the day, what matters is what we do when we actually get in the league in the regular season.” I might be a little biased, but I would take Fox over Lonzo Ball, Markelle Fultz and Dennis Smith Jr. any day of the week.