Saturday Morning Links with a Lynx
Article written by: 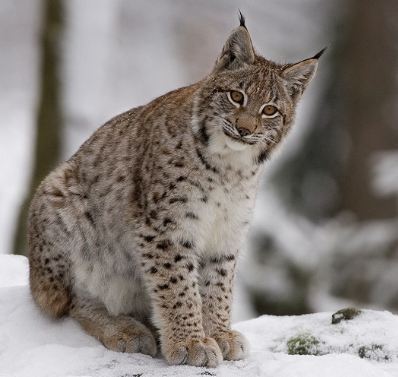 -Kyle Tucker of the Courier-Journal talked with some 2017 recruits about Calipari's success with big men. I think the most interesting part is young players now comparing themselves to Kentucky pros. Kids are now saying "I'm more of an Anthony Davis" or "I'm a Karl Towns" that's going to pay dividends to Cal for years to come. -ICYMI: The Cats added a commitment from offensive guard Marcelys Jones last night. That link is the way Ohio State fansite Eleven Warriors broke the news. -Phil Jackson and the Knicks are reportedly interested in drafting Trey Lyles in next week's draft. Here's a link to Trey's draft profile via Knicks.com. -Jon Rothstein of CBS Sports and Kentucky Sports Radio calls Karl Towns an easy choice for the number one pick. Jon calls towns the best combination of size and talent since Tim Duncan. That's some high praise indeed. -247Sports' Number two composite player in the class of 2016, Josh Jackson, like what he has seen of Kentucky.