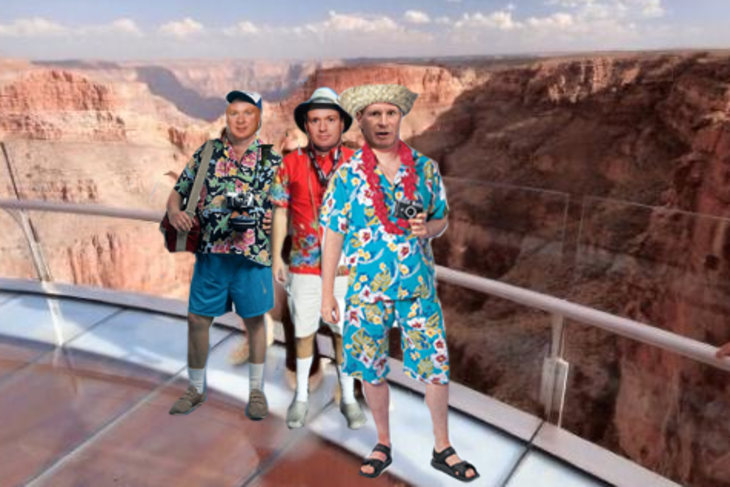 The good people over at SB Nation think the Stoops brothers need some time away from football. Like the article mentions, it has been a busy offseason for all three of the Stoops boys: Mark is rebuilding a program; Mike is hatin' on Johnny Manziel; and Bob is hatin' on everyone. They need to get away for a bit. So SB Nation followed them around on a make-believe vacation to the Grand Canyon and documented their travels. An example:

JUNE 7, STOP 3: Ute Lake State Park, Logan, NM Brother Mike thought this was the greatest freaking place in the whole world. He spent an hour trying to ride armadillos, and the next few hours trying to grab fish in the lake the same way bears try to catch salmon. Luckily Brother Mark packed plenty of sandwiches earlier in the day, because the crew was certainly famished. The brothers could always count on Mark to stay on task and organized. Brother Bob isn't what we call the biggest fan of state parks, so he put on his Discman and listened to the first half of a George Jones disc. The first half was his favorite half. DRIVE TIME: 40 MINUTES

You can read stories from the rest of the fictional trip here.