The Southeastern Conference has expanded its transfer rules against student-athletes with misconduct issues. The new policy will include dating violence/stalking; or conduct of a nature that causes safety concerns, to go along with the rule passed in 2015 to deny admission for sexual assault, domestic violence or other forms of sexual violence. The policy came last year when a Georgia defensive lineman faced felony domestic violence charges for hitting and choking his girlfriend, then enrolled at Alabama only to be charged with domestic violence again with a different woman. The new SEC rule does not apply to incoming freshman, only transfers; therefore Mississippi State is not affected for its recent black cloud over the program. Here's a look at the new amendment to the rule: [caption id="" align="alignnone" width="1536"] 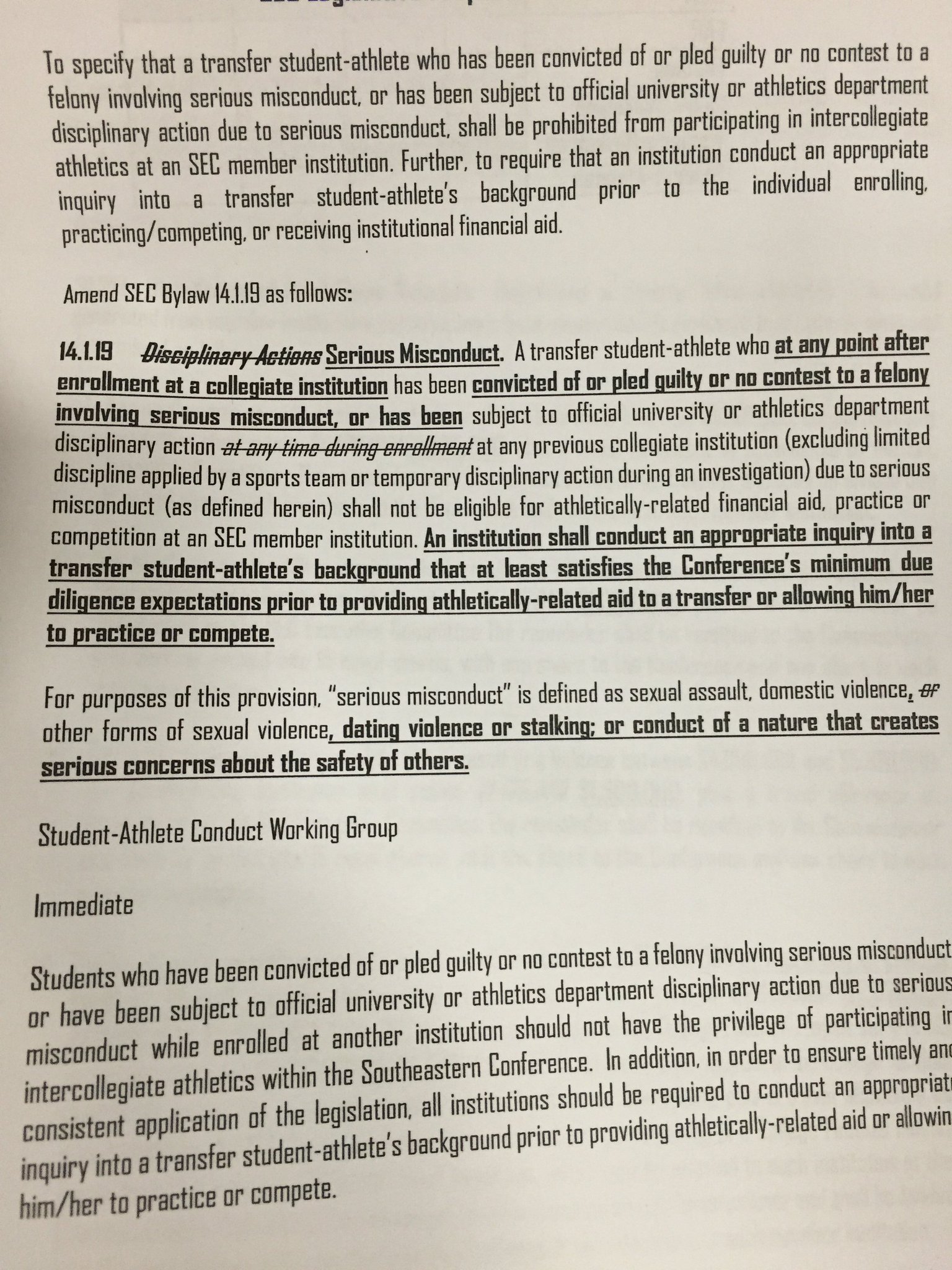