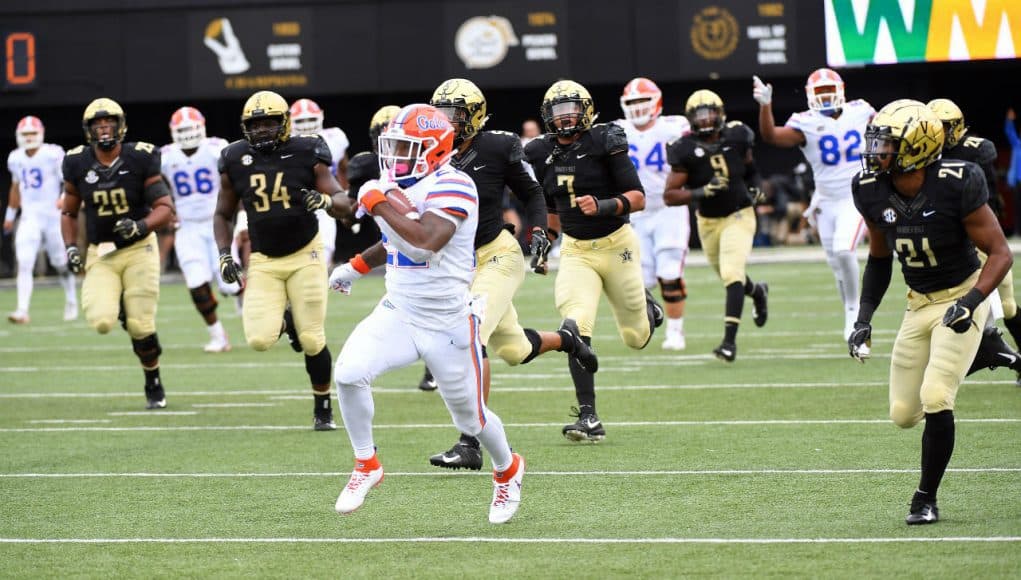 Christopher Hanewinckel | USA Today[/caption] Derek Mason's Vanderbilt defense will have their hands full this Saturday against Kentucky's Benny Snell. The Kentucky running back that is stealing the hearts and souls of opponents will face the country's 96th-ranked rush defense.  This season the Commodores have surrendered on average 183.3 yards per game on the ground.  On the other side of the football Kentucky is just outside of the top 25 nationally with 223.5 rushing yards per game. Through the first three games of SEC play, all losses, it would be an understatement to say Vanderbilt has struggled to defend.  If you include their other quality opponent, Notre Dame, they've given up on average 257.3 rushing yards in those four contests. If you break it down further the numbers are even more staggering. Two Florida running backs had more than 100 rushing yards against Vanderbilt. Quarterback Brandon Wimbush was five yards away from giving Notre Dame two 100-yard rushers. The astronomical yards per carry are even more impressive when you consider Florida ran the ball 63 times, while Notre Dame and South Carolina each had 48 carries against the Commodores. Even though the teams are different, it's also worth noting that Benny Snell averages 105 yards and 5.7 yards per carry in his career vs. Vanderbilt, including a three-touchdown performance last year in Nashville. Based on numbers alone, Eddie Gran's game plan will be simple: run the freaking ball. [mobile_ad]