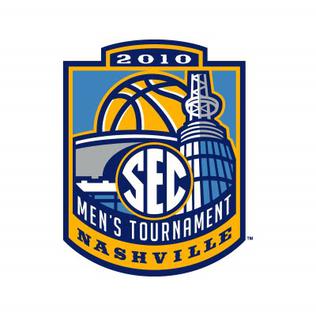 Can you feel it?  Today marks the beginning of a month long holiday for the state of Kentucky, the start of the UK post season.  Okay, maybe the Cats don’t play today, but the SEC tournament begins, and the excitement around the state is electric.  The last time the Cats won the tournament was over Florida in 2004, and the last time Kentucky has been this good going into the post season was during the 90’s (save for arguably 2003.)  So go ahead and take Friday off, your boss will understand.  They will be watching the Cats too.  Breath deep friends, March is here.

-While the SEC tournament’s may not mean much to Calipari, historically this one is kind of important.  According to Wikipedia, the is the 51st SEC tournament, and a chance for Kentucky to win it’s 26th Tourney title.  Yes, that’s right all you math majors out there, Kentucky currently owns 25 titles and the rest of the SEC combined? 25 titles. (If you include the title Georgia Tech still owns.)  So while Cal is right, the more important tournament is still getting set, but it would be nice to have more titles than the rest of the SEC, don’t you think?

-And as I am typing this, Championship week is under way.  I just witnessed a kid drop 34 in a half to come back to win, and we just saw Louisville choke up a another half time lead to come away with a loss.  Gotta love college basketball.

-As far as post season awards go, it looks more and more likely that Evan Turner will win Player of the Year.  Even if Dick Vitale disagrees.  But as Chris Johns pointed out in the post below me, maybe that’s for the best.  What it comes down to is this, save for Kansas, Kentucky and Syracuse, if you put John Wall on any other team in the nation he is Player of the Year.  But because Kentucky has enough players around him, he doesn’t have to put up the numbers that Evan Turner does every game (no discredit to Turner, he’s a phenomenal player.)  But in the end, I think we would all take a better team than a National Player of the Year.

-In news unrelated to this years tournaments, former UK players Thad Jaracz and Bob Tallent are joining with some of the former Texas Western players to throw their support behind the lawsuit between former NCAA athletes and the NCAA.  The lawsuit, in my understanding, is to prevent the NCAA from making untold amounts of money from replaying highlights of former players.  Sure, as athletes they cannot be paid, but does that mean the NCAA owns every image of them even after they graduate?  That’s what the lawsuit is trying to settle.  Best case scenario?  We never have to see the Laettner shot again.

-Finally, the blog will be running a little differently over the next couple days.  In the mornings you will still have your normal posts, and post game you will still get your wrap ups.  But throughout the day we will be running a live journal. Similar to the old school SEC tourneys, and the way we ran things at the Hoops for Haiti telethon, there will be one post that is updated multiple times per hour.  Throughout the day almost everyone will be stopping in with their thoughts and the news from around the Kentucky Sports world, it should be a lot of fun.  At the least, it will let us keep track of Drew’s progress at the bars in Nashville.  Keep KSR up, and keep it refreshing.

Have a Merry March everyone.  Go Cats.