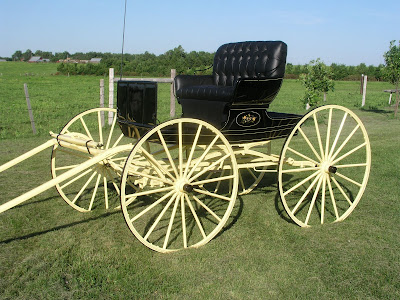 Yesterday Joker Phillips took to the stage at SEC Media Days and spoke to the people who care about college football the most, the media and fans of the SEC. His comments were generally fairly mundane (it is never good when you reference your team's GPA in the third sentence of your comments), but at one point he was asked about the relationship between UK football and its championship basketball program. Here is what he said: "Everybody has things they want to sell in their program," he said. "I'm selling our basketball program, okay? I would be crazy to try to fight that. I'm trying to sell our basketball program. I think it was unbelievable advertising of our logo. Every time our basketball team went to the next round, playing in the Final Four. How many times did kids see the UK interlocking brand out there? I think that's huge. We want to hitch our wagon to our basketball program."

It seems to me a fairly honest and straightforward answer. One can't compete with the UK basketball team, so why not embrace it and utilize its powerful brand to the best of your abilities. However WDRB's Eric Crawford raises a counter-argument on the notion of UK football being hitched to basketball. Crawford correctly points out that the notion of any other SEC football coach suggesting that his team is hitched to basketball would be laughable. However, Kentucky is different in terms of tradition and fan interest, so maybe UK is simply different. But Crawford notes that from a financial perspective, it isn't even like this at UK. He breaks down the revenue between the two sports, which is worth noting. Even in a year when UK football was down and UK basketball won the national championship: TICKET SALES REVENUE: Football: $15.43 million Basketball: $12.25 million CONFERENCE AND TV REVENUE: Football: $15.37 million Basketball: $5.51 million PROGRAMS, CONCESSIONS, PARKING: Football: $2.59 million Basketball: $8,500 (due to city owning Rupp) ROYALTIES AND LICENSING: Football: $1.45 million Basketball: $65,500 TOTAL REVENUE Football: $34.02 million Basketball: $18.56 million So from a revenue perspective, it is clear. Even at Kentucky, football is a bigger revenue generator by far than basketball. That doesn't mean the program is more valuable (much of the money brought in through merchandising is brought in due to basketball program success but it goes to the general fund and it isn't given credit in this calculus), but it clearly yields more annual direct revenue. So what about expenditures? Crawford notes that these are the 2011-2012 expenditures: SALARIES Football: $4.769 million Basketball: $4.878 million OVERALL OPERATING EXPENSES: Football $14.35 million Basketball $12.35 million Crawford notes that for a program that brings in $34 million a year, it spends just over $14.35 million, leaving it as the funding mechanism for over $20 million in athletic revenue that it never sees. It is clear that there isn't a school in the SEC that sees such inequities in its balance sheet for its football program. The reality is that at Kentucky, like at other schools, football pays for the other athletic programs. But at Kentucky, unlike other schools, outside forces, be they boosters or the ability to utilize revenue for bonds and facility construction, simply are not there to make up the difference. So what is the answer? Well, Crawford suggests that UK football needs a voice to "throw more of its weight around" and stand up for the UK football program. That doesn't just mean a change in athletic department funding (as the Athletic Department is limited in how much of its budget can be shifted anyway), but also someone who can motivate football boosters to undergo private projects for football like the Rupp Arena locker room plan for basketball. It means someone who inspires the fans and administration to believe in the program and help create facilities that can move it to a new level. Steve Spurrier said the biggest change in South Carolina football didn't happen just because he was hired, but because at that time, the facilities were updated to be competitive. Crawford argues that UK needs a voice who can make that happen. He is probably correct. The question that remains is whether that voice belongs to Joker Phillips, another coach of the future, or simply won't be found as UK football continues to float along as a permanent underclass.