Guess what time it is! It's SLEEP OUTFITTERS TUESDAY RECRUITING ROUNDUP TIME!!!

One of the best players in the state of Kentucky, Owensboro's Eli Wright is taking his talents to Starkville to team up with his Hoop Dreams AAU teammate, Aric Holman, who is also from Owensboro.

Wright is the 20th ranked shooting guard in the Top247 and he had hoped to hear from John Calipari and Kentucky. But with a class full of talented guards, Cal is looking elsewhere to fill his backcourt needs, thus leaving Wright no option but to leave the state. He also had looks from Florida and Indiana, among many others.

I'm worried this is one we'll hear about on down the road and wish we had him. Wright can play and now we'll have to see him for four years in the SEC. He's the next Chris Lofton/Anthony Hickey, the home state kid playing for revenge against UK.

HUGE NEWS from yesterday regarding the No. 1 player in the country, Harry Giles. Giles announced his plans to visit Kentucky for Big Blue Madness on October 16. Getting him on campus that weekend is extremely important in luring him away from the state of North Carolina. It will hopefully go a long way in his recruitment.

Giles will visit Wake Forest, North Carolina and Kansas before his trip to Lexington, then he'll wrap up his official visits at Duke in late October.

Kentucky was never getting another one anyway. Fultz recently said he has seen all he needs to see at UK.

A five-star shooting guard, he recently took officials to Louisville, Arizona and Washington, and can take two more if he decides he needs to look at other options.

We plans to talk things over with his family soon and go from there.

Josh Edwards over at The Cats Pause is reporting Livingston will indeed make his way to campus this fall. On UK Football Media Day, Mark Stoops said Livingston was "working through some things" to make his way to Lexington in time for the fall semester. It sounds like those things were worked through and he will enroll, although he'll be way behind the eight-ball on the gridiron. Almost a guarantee to redshirt.

Jedrick Willis like what he saw on his visit to Tennessee.

Lexington's massive offensive line prospect was in Knoxville over the weekend to check out the Vols. His Lafayette head coach, Eric Shaw, told Scout.com, “Jedrick and his father went down. He loved it. He loved the facilities. He said it was a beautiful campus. He loves the way they practice and the way they went about their business.”

Hopefully tiny Ryan Lemond can help keep him in Lexington for college. 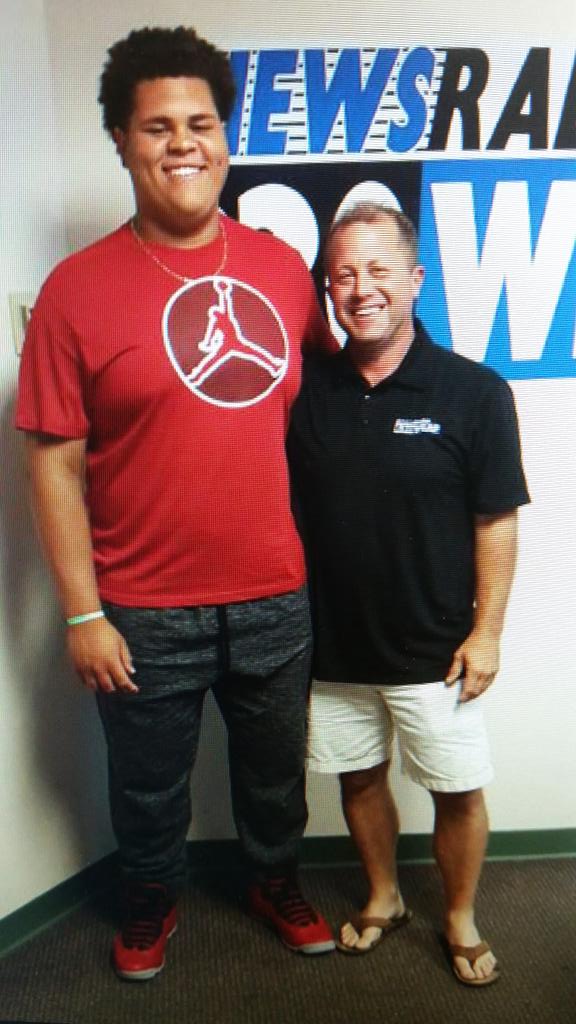