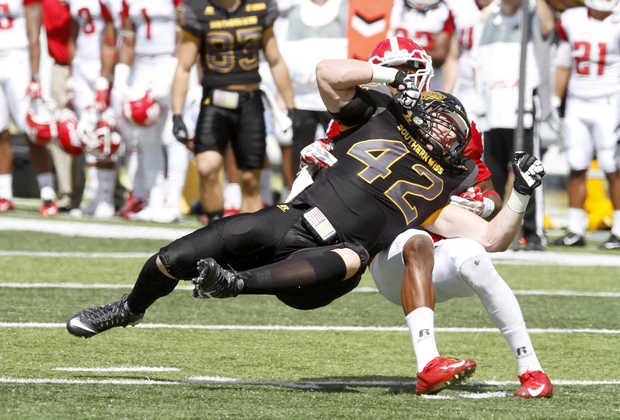 Some breaking news concerning tomorrow's opponent: Southern Miss tight end Taylor Marini just announced he will be out for tomorrow's game vs. Kentucky and potentially the season due to an ongoing injury: https://twitter.com/taylormarini/status/771752486977671168 According to Patrick Magee of the Sun Herald, Marini was Southern Miss' primary tight end last season, and while his stats aren't flashy (six catches for 65 yards and one touchdown), he excelled as a blocker in the rush game. Redshirt junior Julian Allen is now listed as the Eagles' starter at tight end.