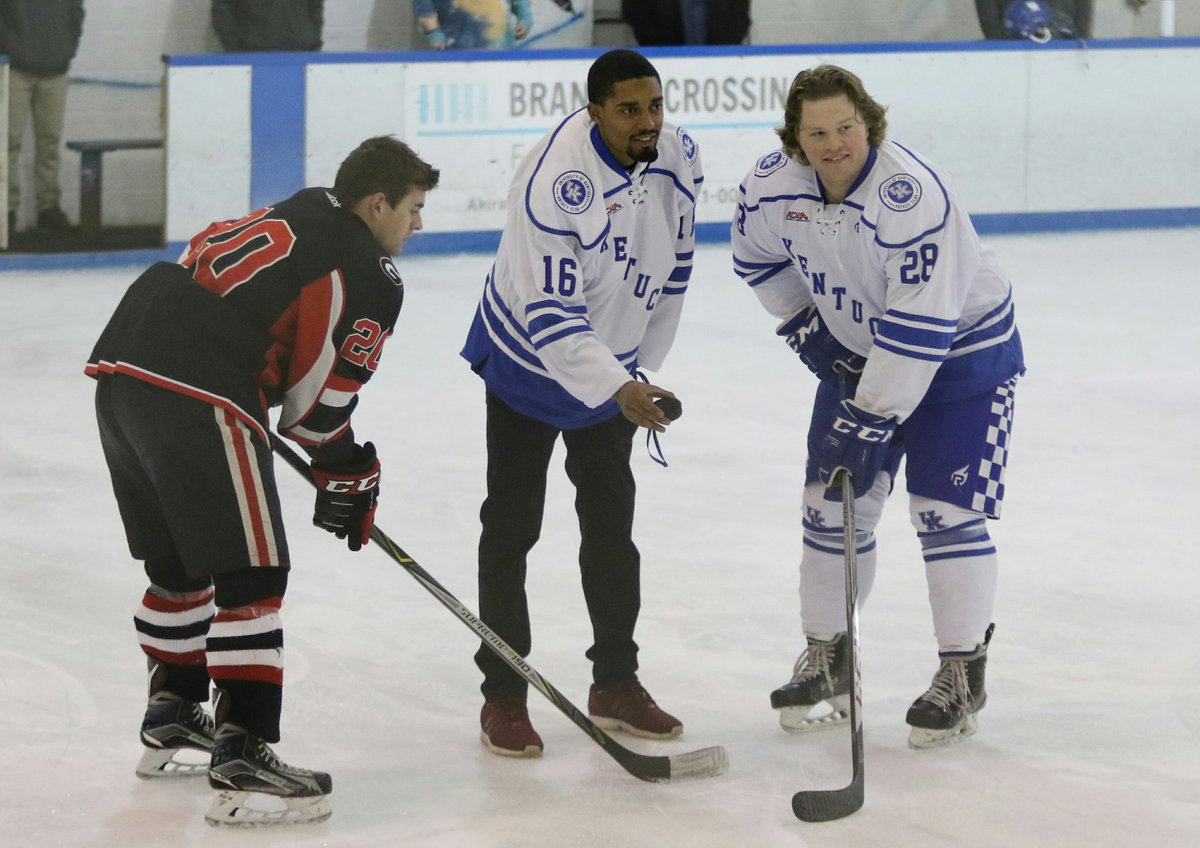 Photo: Regina Rickert (@acrphoto)[/caption] Last night, Kentucky Hockey took down the Georgia Bulldogs by a final score of 6-4 in the final regular season matchup of the season. https://twitter.com/alex_holder_ksr/status/960053715515379712 Before the game, former UK quarterback Stephen Johnson had the honor of dropping the opening puck. https://twitter.com/acrphoto/status/960021055120265217 The former Wildcat quarterback wasn't the only one rocking Kentucky's new threads. ESPN's John Buccigross repped UK Hockey on a live edition of SportsCenter last week. https://twitter.com/Buccigross/status/958563424073601025 Even University of Kentucky President Eli Capilouto got in on the action: https://twitter.com/Kentucky_Hockey/status/959205074491838469 Here are all of Kentucky Hockey's new uniform combinations: https://twitter.com/RebirthSports/status/958345560641155072 KSR's Kentucky Hockey reporter Alex Holder will be releasing an entire recap of the Cats' big weekend of games tomorrow night, including player and coach interviews. He will also be following the team down in Nashville next weekend to cover the SEC Hockey tournament for KSR, so be on the lookout for some interesting stories in the coming days. Until then, well done, and Go Cats!