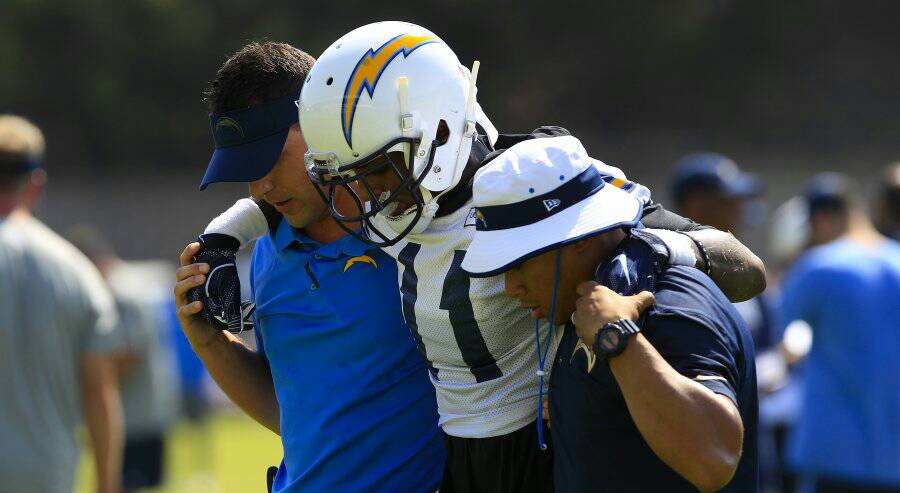 @TSJ_Sports[/caption] Now, some unfortunate news out of Chargers training camp: after he went down with a knee injury and had to be carried off the field yesterday, it's being reported that Stevie Johnson has a torn meniscus. The NFL Network's Mike Silver says Stevie will undergo surgery soon to repair the meniscus tear in his left knee, but it's unclear whether or not he'll have to miss the entire 2016 season. The news really sucks when you consider Stevie was on track to start in the slot alongside Keenan Allen and Travis Benjamin this year. Last season, he was the Chargers' fourth best receiver, with 45 catches for 497 yards and three touchdowns. Hopefully, with proper rehab, he can still come back this season. At least it wasn't an ACL tear. Get well soon, Stevie.