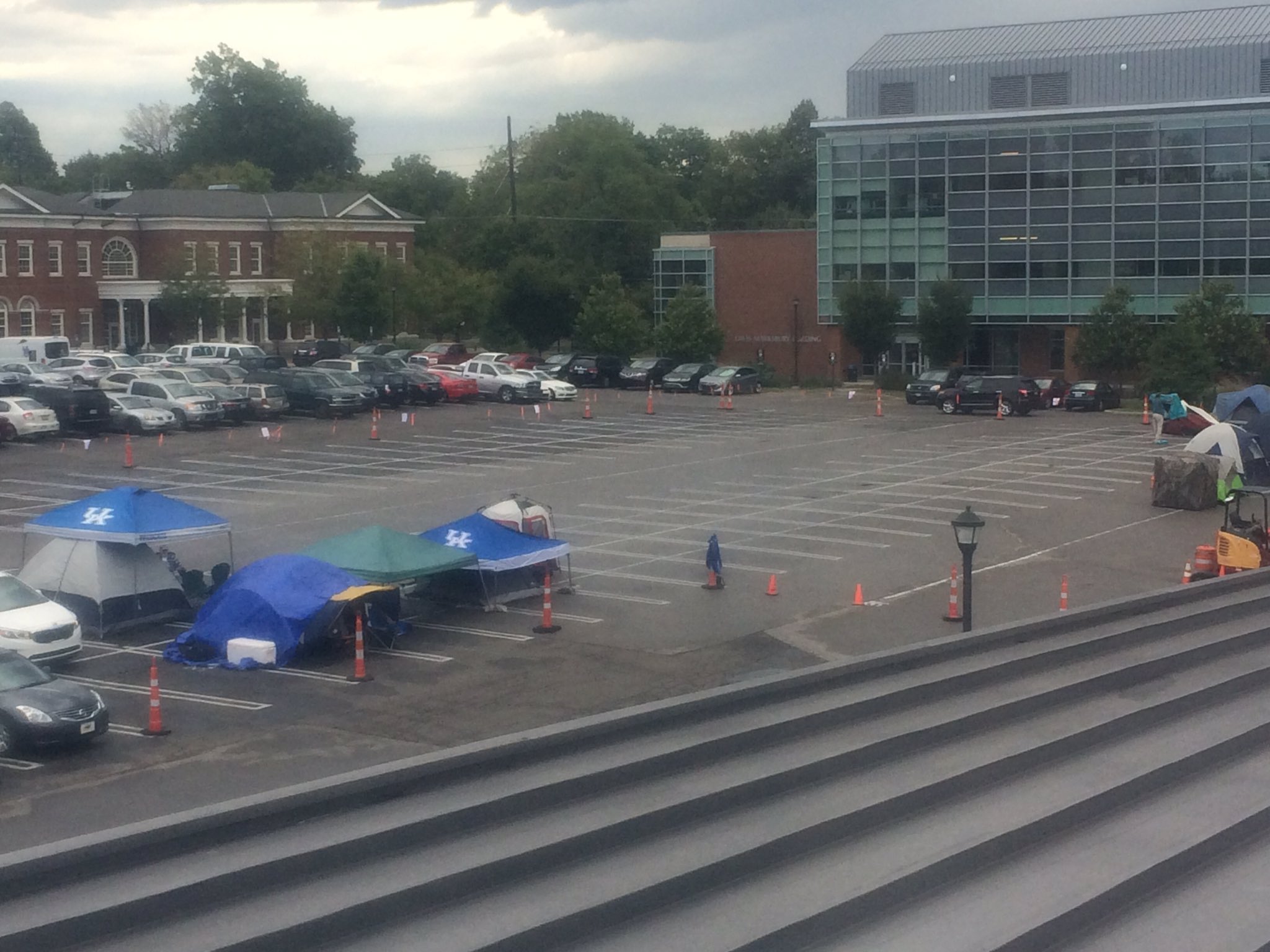 @UKCoachCalipari[/caption] Did you want to go to Madness Campout this week but feared there wouldn't be enough spots? Have no fear; according to this picture from John Calipari, there are still plenty of spots open in the parking lot behind the Joe Craft Center.  "The good news is there is still room to camp out if you want to come out. This lot is still open," Cal wrote on Twitter. "I’ll be out recruiting today but I’ll be back tonight & hope to see everyone and then I’ll be back again on Thursday for the Tent City show." If you're in Tent City or just want to feel like you are, check out UK Athletics' "Tent City Live" live stream, which will air Thursday night from 7-10 p.m. ET on UKathletics.com/tentcitylive and via the official UK Gameday App. Fans in Lexington can also tune in to 630 WLAP-AM to listen to the radio broadcast of the show. Christi Thomas and Dave Baker will host the show and interview various members of the UK men’s basketball team and several special guests, including Mitch Barnhart, Makayla Epps, UK women’s basketball assistant coach Lin Dunn, Tom Leach, Mike Pratt, Kenny Walker, and Jared Prickett. This evening at 5 p.m., the UK Hoops team will hand out food to campers. Here's a full schedule of events:

Calipari and the team will hand out pizza and appear on the "Tent City Live" show Thursday night. (Hint: that's the best night to go.)