Still waiting to hear from Collins and Tandy...
Aritcle written by: 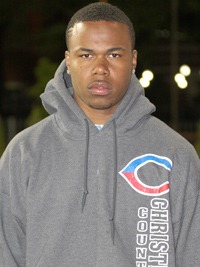 Kentucky still has two targets out there with unsigned letters of intent.  Two wide receivers, Daryl Collins and Bubba Tandy have not announced their decisions but both are expected to pick Kentucky. -- There have been conflicting reports on Daryl Collins. Rivals and Scout both reported Daryl Collins signing with Alabama earlier this week but others say Collins committed to Kentucky during his visit over the weekend.  Collins originally committed to Bama in 2008 but backed out when the Tide asked him to grey shirt.  The three-star wide receiver loves Alabama but wants to be on the field immediately. -- Bubba Tandy is picking between Kentucky and Marshall.  Kentucky is selling Tandy on being a Randall Cobb like player but may ask him to grey shirt.  Marshall is hoping to use Tandy on defense and as a kick returner. Tee Martin says there is one more surprise today. That would have to be Collins switching from Bama to Kentucky, right?