With last night's loss the Cats face some good news as well as some bad news. The good news is that the hardest two game stretch of the season is over and the Cats didn't look "god-awful". The bad news is injuries are beginning to pile up just as the team seems to be putting something together. Looking at the next five games offers a bit of optimism after the first half last night. Perhaps Kentucky can put together a complete game and string together some victories. Here's how the next five opponents shake out:

#20 Mississippi State The Bulldogs have climbed up the top 25 as they sit at 4-0. Last week they had a bye so they are going to be well rested as they roll into Lexington. But perhaps our perennial rival from the West is just a tad bit overrated. Their only significant win is over Auburn who has shown to be significantly down this year. Besides that they steamrolled some cupcakes and could be looking ahead to next week's game against the more formidable Tennessee. UK could have a real chance if they can put together two halves next Saturday at noon. 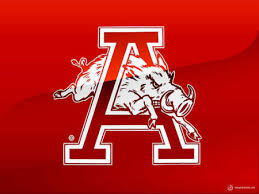 Arkansas Coming into the season this game looked like a surefire loss. Now how can you not expect the Cats to win? The razorbacks have the look of a team that has completely quit. Yesterday they got bulldozed by Texas A&M 58-10 to fall to 1-4. While this may be a tough game on the road the Cats should be able to pull out a win against a broken team. Either way this game should be known as the horri-bowl as the loser will most likely be the worst team in the SEC.

#5 Georgia The biggest question facing this game isn't the outcome but rather what will be the attendance for this game. Win the aforementioned two and the Cats are 3-4. About where we assumed before the season started. Lose one or both and this could be one of the worst crowds in school history. Which would be sad considering we usually give Georgia a game. Last year Kentucky took UGA to the fourth quarter before losing 19-10. We were a much worse team last year than this year. This game is easily the most unwinnable of the bunch.

Missouri If this game were at home I'd have even higher hopes for the next five games. However since it is on the road it's hard to see UK pulling it out. Still the Tigers have gotten beat by 21 in both of their SEC games so far (Georgia and South Carolina) and face Alabama the week before Kentucky comes to town. If both sides of the ball are in sync for Kentucky this would could be a game.

Vanderbilt Kentucky's final SEC home game is against Vandy and offers a chance for the Cats to get revenge for last season's beatdown. Its hard to gauge this Vandy squad. They played South Carolina close but Shaw was hurt for most of the game. Then they lost 23-13 to Northwestern which has turned out to be not such a bad loss as it originally seemed. They blewout Presbyterian and then got destroyed by Georgia. Kentucky should be able to notch another win if things go their way. Then again they could lay an egg like against Western and get beat.   Through UK's first five games the opponents had a record of 24-1 with the only loss coming to Alabama. These next five games open up a bit as the five teams have a combined record of 14-9. Nine of those wins come from Miss. St and Georgia. What do you think UK can do over these next five games. 4-1? 3-2?