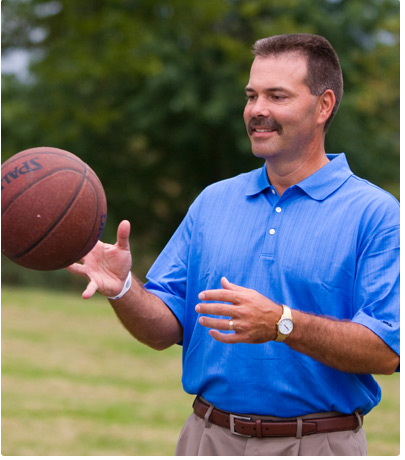 Richie Farmer's run as Kentucky's Commissioner of Agriculture is one the Unforgettable hopes everyone forgets. But unfortunately for him, with new details now out in the open, no one will be forgetting Farmer's sleazy eight-year tenure in office. State Auditor Adam Edelen released the findings of a special examination into Farmer's administration on Monday and the discovery is jam-packed with shady business. There are stories of fraud and corruption from top to bottom, including questionable spending and using state resources for personal benefit. A lot of the misconduct is pretty common in cases like these -- such as signing off on time and travel work forms when no work was done and hooking friends and family members up with jobs -- but there are a few instances where Farmer's actions just leave us dumbfounded. Farmer reportedly ordered state employees to drive him in state vehicles while he hunted, and in one case, he shot a deer from the state-issued vehicle and instructed the employee to bag it for him. For those of you interested in one day becoming Commissioner of Agriculture, that is not part of the job duties. In fact, it's exactly what you shouldn't do while in state office. State employees would often do work around Farmer's home, including mowing his lawn, chauffeuring his dog, moving a gun safe from his garage to his basement, and constructing a basketball court in his backyard. The project used $900 worth of free concrete from a local vendor and labor work from the state. Farmer also took four laptops purchased by the department, which were intended to be upgrades for other staff members, and hung a 60-inch television valued at over $2,000 in his personal office. The state paid $60 to expedite ship the brackets so the TV could be mounted on the wall in Farmer's office in time for the NCAA Tournament. I could go on and on and on with the findings from the State Auditor, but I think what has been shared here is enough to disappoint everyone. If you'd like to continue reading where your taxes went under Farmer's administration, there are plenty more stories of family gifts, luxurious hotel stays, and an extravagant conference with your money in the full report. It's a sad ending to the story of a one-time Kentucky hero. Auditor Says Richie Farmer Misused State Resources