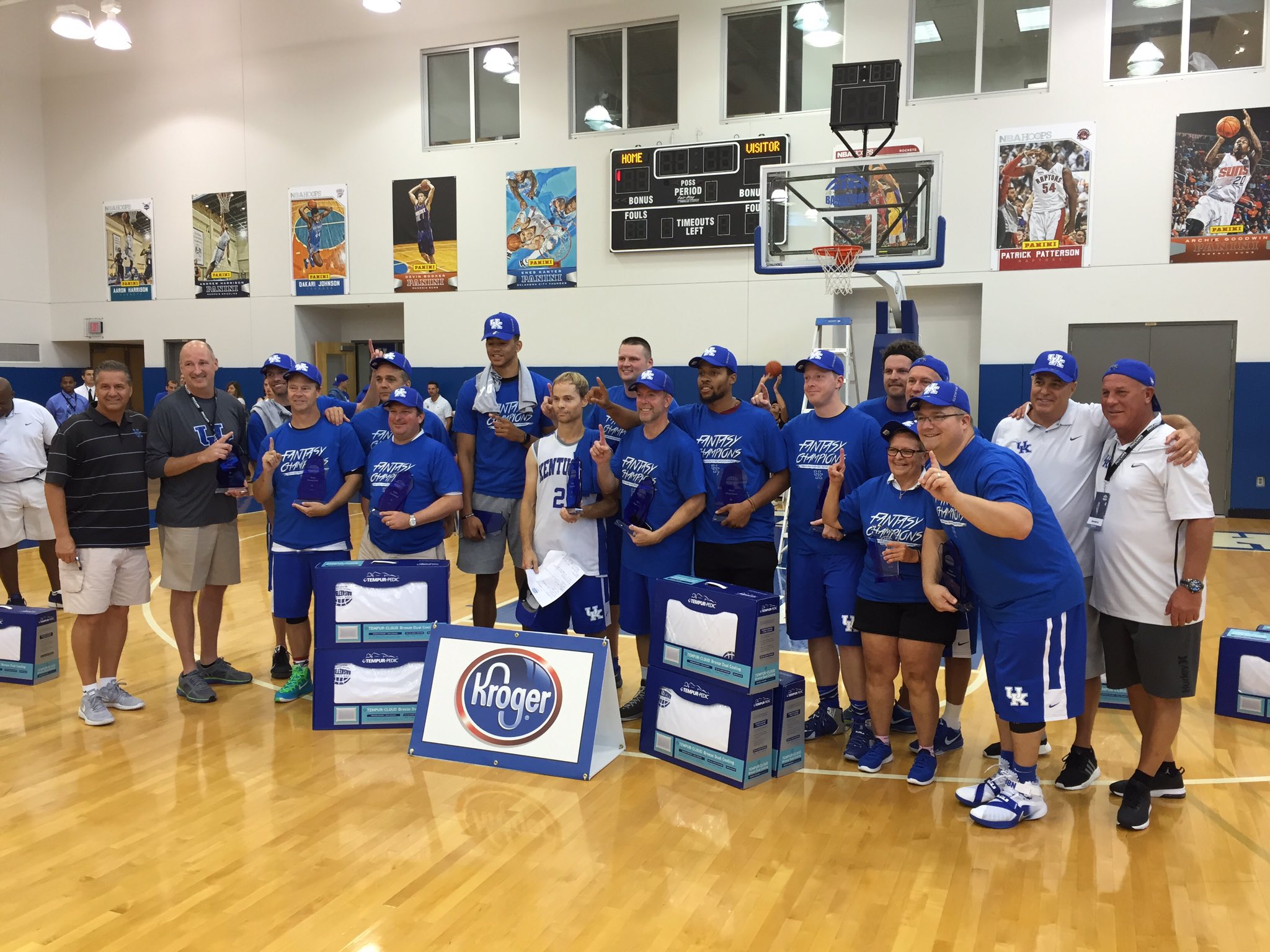 @UKCoachCalipari[/caption] Congrats to all members of Team Kroger, as they're your 2016 Coach Cal's Fantasy Camp champions. Under the leadership of ESPN analyst Seth Greenberg, Team Kroger managed to outlast all other teams in the annual camp tournament. He didn't do it alone, however, as he had UK's Isaiah Briscoe and Sacha Killeya-Jones to help manage the team. [caption id="" align="alignnone" width="849"] 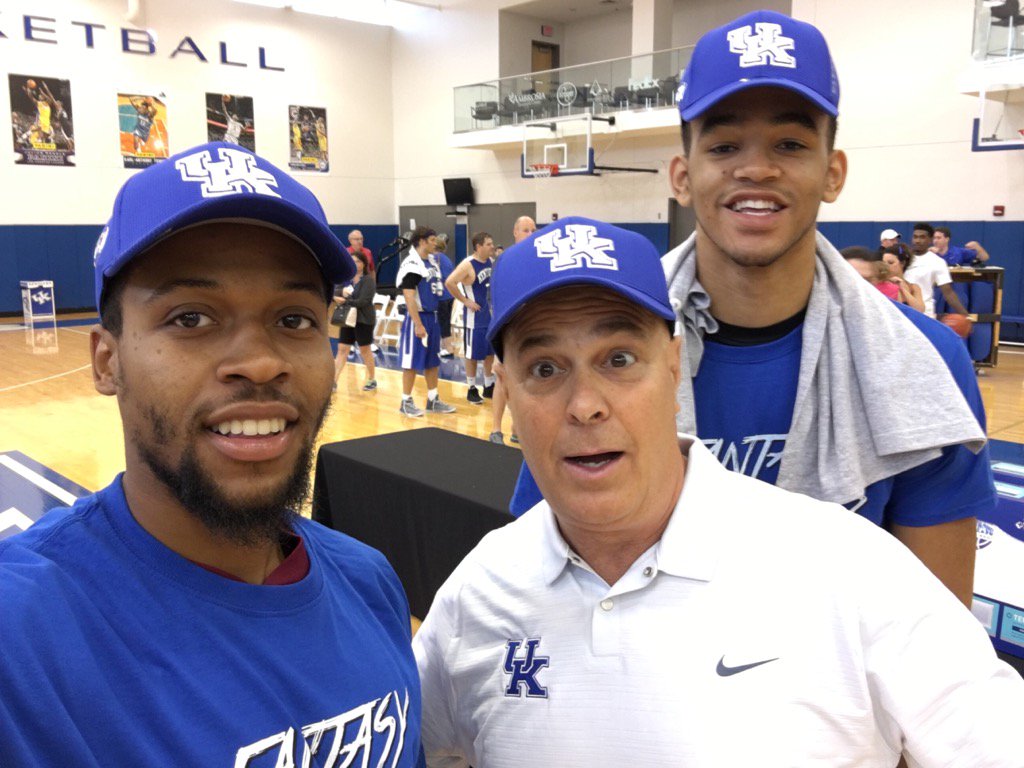 If you have good people that trust each other, play hard and play together you can accomplish great things! Team @kroger.

Andrew Harrison is back in Lexington, as Coach Cal tweeted out earlier. Could he be a another last minute participant? Let's hope so!

So great to see @DrewRoc5. Proud of how hard he's worked and couldn't be more excited for his future w/ @memgrizz! pic.twitter.com/gJVqqfA5Cc