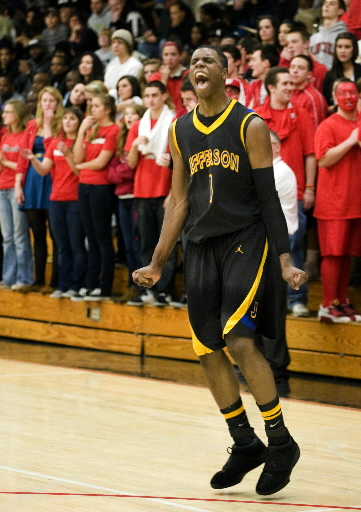 Terrence Jones has long said that he would be announcing his final decision either April 23rd or 30th but today, via Twitter (of course), he let everyone know that the official date will be April 30th, saying specifically, "The 30th it is...." This was expected especially after Kansas began their flirtation with Jones and Jones said that he was contemplating a visit. His mother has since told reporters that, despite what Terrence had said previously, Kansas was not "in the mix." If that remains the case all the way up to April 30th, Jones will decide because Kentucky, UCLA, Oregon, Washington and Oklahoma. Terrence Ross, a close friend and former teammate, will most likely be announcing with him. Here's the link if you want to follow Terrence: @TerrenceJones1