When compiling preseason predictions, the first thing a college football prognosticator looks at is the name. Name brands carry significant weight. Yes, Alabama and LSU typically have great players, but that’s not why they will make up about half of the media’s preseason All-SEC selections. Inherent bias plays a part in making predictions.

Once pundits put on their reading glasses, one stat will primarily form the basis of their opinion: returning production. What did they do last year? Who is returning and is one of them a quarterback? From that point forward, arguments can become more nuanced based on schedule and strengths of certain positions, but at its heart all preseason predictions are modeled off of returning production and quarterback play. Figuring out where UK falls in this simplistic analysis is tricky.

Take a look at the section titled “Final Analysis” in Athlon Sports‘ college football preview magazine. After spending a few hundred words noting the positives and negatives from last season and what’s returning, this is how they summarized what could happen for UK in 2020.

If a quarterback emerges — and that’s a big if — there is enough talent and depth elsewhere to make it easy to imagine a special season for Kentucky in 2020. With more uncertainty than ever in college football, it’s not out of the question that Stoops’ team could land near the top of the SEC East.

The hyphenated “and that’s a big if” will certainly fire up fans. I can already see the “Terry Wilson is 12-3 as a starter” in the Facebook comments section. Folks will only get more fired up when they find Terry Wilson at No. 44 in Athlon’s quarterback rankings, eighth in the SEC and one spot behind Feleipe Franks. 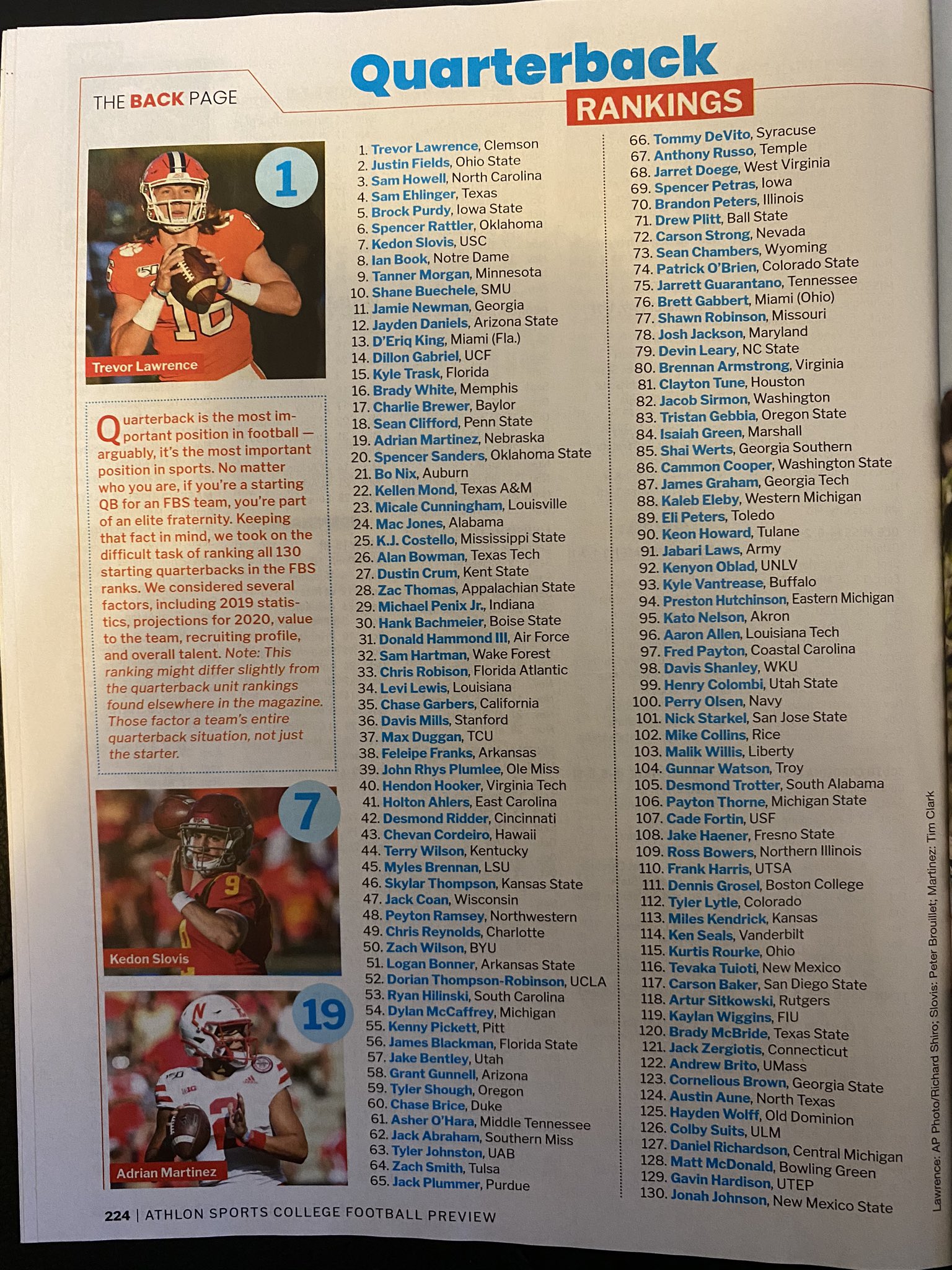 Terry Wilson certainly has the tools to finish the season as one of the 25 best quarterbacks in America. In the limited amount of time outsiders have watched him as a Wildcat, he’s been asked by Mark Stoops to do what Wisconsin’s Paul Chryst asks of Jack Coan — manage a run-heavy offense by making a few good throws a game and avoiding turnovers. Of course, Wilson played well above that standard in a win at The Swamp, but well below it a month later when he completed only three passes against Vanderbilt.

In 2019 Terry Touchdown could have launched himself into the conversation as one of the best quarterbacks in the SEC by playing like the guy we saw at The Swamp. Instead his injury left UK left scrambling, forced to completely change its offense on the fly. Bowden Ball was successful but it leaves pundits stunned, unsure if they can state with conviction whether or not last season’s success will be compounded into double-digit wins with Terry Wilson back under center. If Wilson plays to his potential by exceeding outsiders’ expectations, there’s no doubt in my mind that will happen, but as Athlon said, “that’s a big if.”