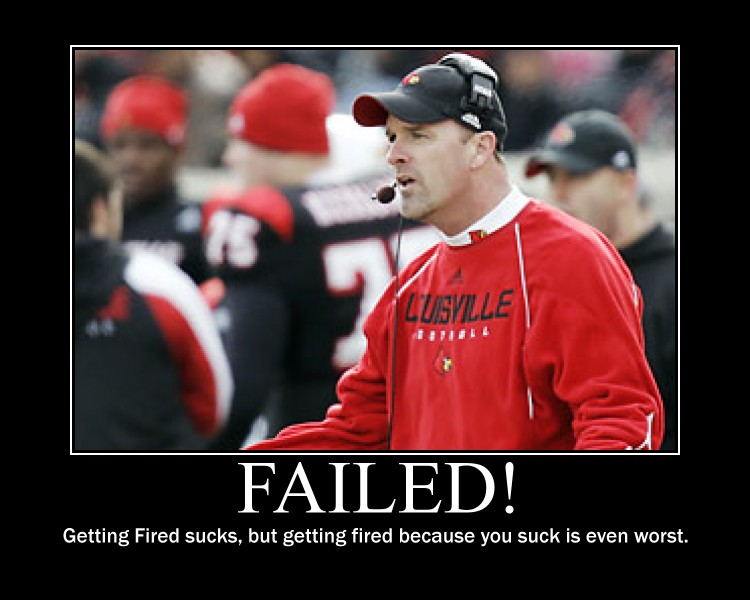 Thomas Jefferson once said "if at first you don't succeed, take a wide receiver coaching job."  It looks like former Louisville head coach Steve Kragthorpe took that to heart.  Texas A&M head coach Mike Sherman announced that Kragthorpe will be the wide receivers coach for the Aggies next season. Kragthorpe was an assistant at A&M from 1997-2000 before eventually becoming the best head coach in UK football history. In related news, the FireKragthorpe.com domain name was sold to a Texas A&M quarterback. *** I promise this will be the last Louisville-related post of the day ***