adidas[/caption] Just like the Kentucky basketball team, the Kentucky football team is turning into everyone's Super Bowl. Last year South Carolina used the blackout gimmick against UK to rally their fans, only to fall short.  This year Florida honored the 25th anniversary of their 1993 SEC Championship team when Kentucky came to town, but left The Swamp disappointed.  When Texas A&M hosts UK for the first time as a member of the SEC, the Aggies will honor the 1998 Big XII Champions with throwback uniforms. A&M's uniforms have remained the same over the years.  The only change is the technology of the clothing.  Adidas uses the new stuff, but will make it look like the old mesh that was popular in the 90s. [caption id="" align="alignnone" width="512"] 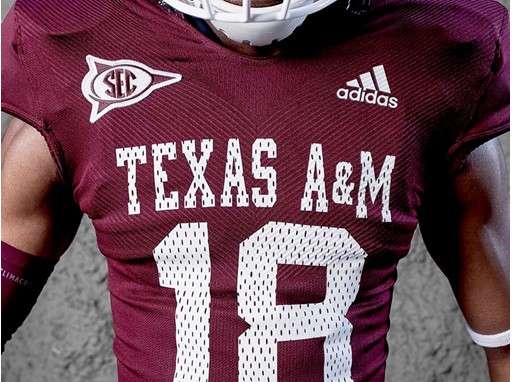