The Charlotte Bobcats' Tuesday News and Views
Article written by: 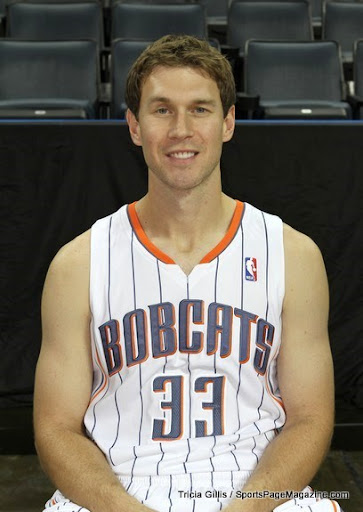 As a website that covers the University of Kentucky, we're not really familiar with losing basketball games. It just doesn't happen around these parts. But tonight, we'll step out of our element and pay tribute to the soon-to-be worst team to ever suit up in the NBA, the Charlotte Bobcats. Charlotte lost its 21st consecutive game on Monday night to the Washington Wizards, the league's second worst team at 18-46. Charlotte's 73 points were the fewest allowed by Washington all season and the 28-point deficit equaled the Wizards' biggest win total all year. Wall had 14 assists in three quarters, by the way. If Charlotte loses its last two remaining games, the Bobcats will finish with the worst winning percentage in NBA history at .106.  They travel to Orlando on Wednesday and then host New York in the season finale Thursday night. KSR is pulling for a victory in one of those games, and if it happens, it'll all be because the Tuesday News and Views drives people to succeed. Okay, we've already devoted too much space to the Charlotte Bobcats. Let's get back on track with some real basketball talk before the suck rubs off on us...

The 10th annual CATSPY Awards were held Monday night at Memorial Coliseum to recognize academic performance during the 2011-12 year. With co-winners in some categories, a total of four teams and 23 individuals were recognized. Here a few of the notable award winners: Teams of the Year: Men's Basketball/Women's Basketball One Shining Moment: Men's Basketball Coaches of the Year: John Calipari/Matthew Mitchell Male Character Award: Michael Kidd-Gilchrist Male Rookie of the Year: Michael Kidd-Gilchrist K-Association Male Athlete of the Year: Anthony Davis K-Association Female Athlete of the Year: A'dia Mathies Supporting Role: Darius Miller/Keyla Snowden It's pretty clear basketball dominated the evening. We'll have more from the awards ceremony on Tuesday.

On Monday, we learned that Kentucky is in hot pursuit of newly available point guard Mark Lyons. Lyons announced on his Facebook over the weekend that he'll transfer out of Xavier for his senior season of college basketball. Because he was a redshirt his freshman year with the Musketeers, Lyons is considered a graduate student transfer and will most likely qualify for immediate eligibility if he graduates at the end this semester as planned. Some of the early feedback to the news of the transfer online suggests many Kentucky fans aren't interested in Lyons, who was suspended two games for his role in the brawl with Cincinnati, due to character issues. I completely understand the concern, but let's not forget DeMarcus Cousins punched a high school coach and ended up being one of the most beloved Kentucky players the last 25 years. Guys can make mistakes and guys can change, especially in UK's program. Don't jump to conclusion on Lyons all because of a fight in a heated rivalry that was fueled by trash talk on Twitter and Tu Holloway's late game taunting. With that said, it'll be tough for Coach Cal to pull off the upset over Sean Miller in the Mark Lyons sweepstakes. Miller recruited Lyons to Xavier out of high school in New York and was the head coach of the Musketeers during his redshirt freshman season. Kentucky and Arizona were two of the first schools to contact Lyons once he announced his transfer.

2012 big man Tony Parker committed to UCLA in a one-hour press conference from Miller Grove High School in Georgia. His addition to UCLA's class bumps the Bruins up to Scout.com's No. 2 recruiting class behind Kentucky, of course. With the dynamic young trio of Parker, Shabazz Muhammad, and Kyle Anderson, many college basketball fans may stay up past midnight to watch their dominance of the Pac-12 on the Fox Sports Network. Or they'll at least DVR the Arizona game.

Another big name from 2012 is nearing a decision and the Cats could be making a late push to land his services. Amile Jefferson told a local newspaper in Pennsylvania that he working to set up a date to end his recruitment and he hopes he is ready to announce next week. The 6-foot-9 forward has always had Duke and NC State at the top of his list, but Kentucky has picked up its pursuit in case Anthony Bennett ends up elsewhere. If Jefferson does commit to UK, which is still somewhat of a longshot, don't expect Anthony Bennett to follow.

Speaking of Bennett, Kentucky's top target has been awful quiet lately, considering all of the buzz surrounding his recruitment. Bennett still hasn't set up any official visits and it's looking like it'll be at least another two or three weeks before he makes a decision. That's at least another 10-20 tweets from Nerlens Noel, Archie Goodwin, and Alex Poythress.

From the class of 2013, James Young, a wing player out of Troy, Michigan, has Kentucky at the top of his list, according to Rivals.com. Young told the website that his top three teams are Kentucky, Kansas, and Michigan State, in that order. He said he likes the way John Calipari lets his guys play and how Kentucky gets up and down the floor. Young is Rivals.com’s No. 9 player in the class and the 27th overall player according to Scout.com.

The Cincinnati Reds, a franchise KSR readers are very passionate about, will honor the Kentucky basketball team's magical season prior to Tuesday night's game against the San Francisco Giants. Coach Cal and members of his staff will be introduced on the field with the trophy sometime before the first pitch at 7:10 pm. However, the players wont' be making the trip to Great American Ballpark for the ceremony, as previously reported. I won't tease Reds fans about their one playoff appearance in 16 years because it seems to hit a sensitive spot with our commenters. Go Reds.

The Charlotte Bobcats are awful. Moving on...

Will Kentucky be the first national champion to meet with two U.S. Presidents??? I think so. Check out Bill Clinton and Twany...

I've been told by a lot of people that Kentucky basketball makes a cameo in Kevin Hart's new movie Think Like A Man. Apparently, there is a scene in the movie where the guys are watching UK's home game against Louisville. It's the new "Adam Sandler wearing a UK shirt in Funny People." Alright, alright, alllrigggghhht.

Get your votes in for the “Bring GameDay To Your Campus” contest. You can vote daily up until May 2nd.

I encourage everyone to come out to the KSTV Casting Call this Saturday at the Lyric Theatre in Lexington. Even if you don't think you have a shot at winning the contract, you should show up and give it a shot anyway because it's a fun time just trying out. Where else can you stand under the bright lights of a TV set, surrounded by cameras, and debate the same topics you've argued with friends your entire life? Exactly. Registration is from 8:00 to 11:00 am. See you there. That'll do it for now. I'll leave you with the latest Kentucky basketball anthem. It comes from Royal Illness...