The College Gameday Crew is Split on Kentucky-Texas A&M 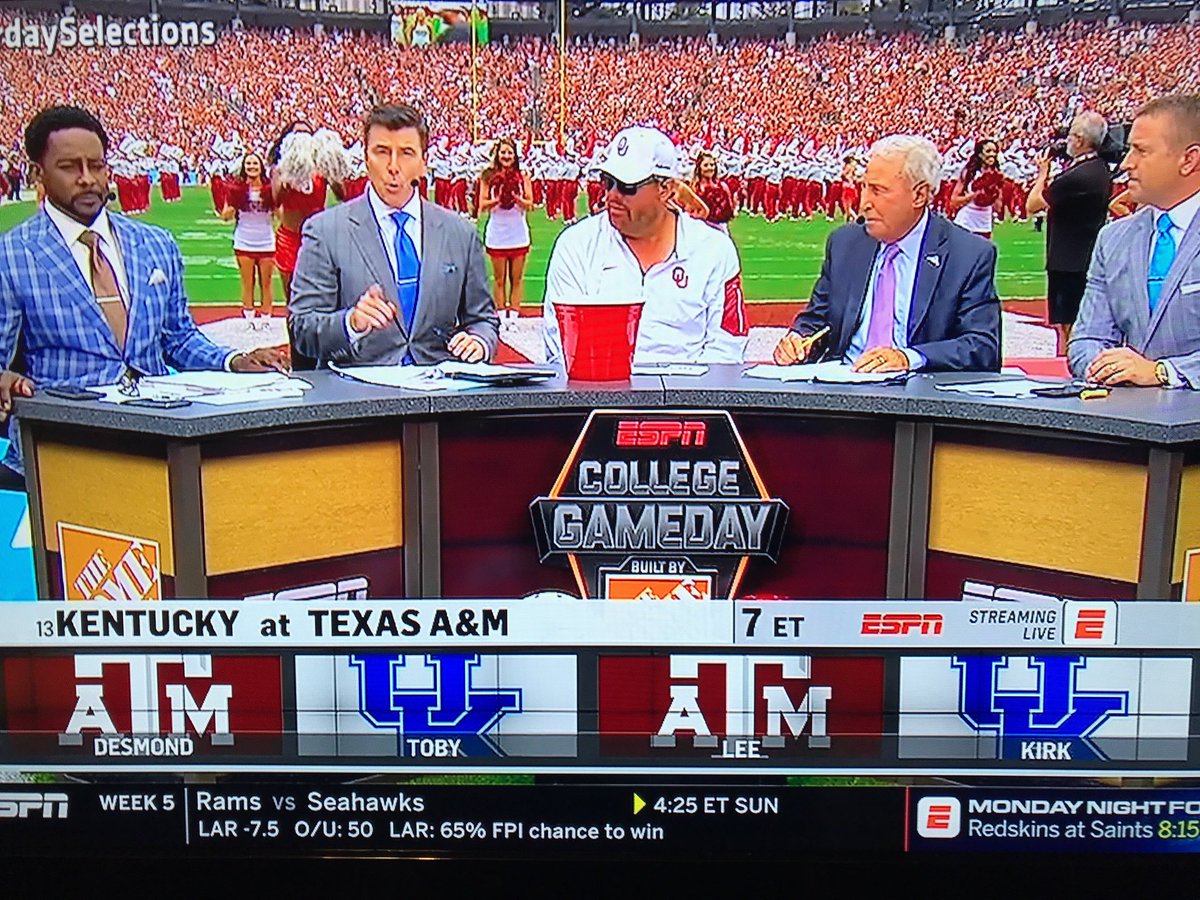 The College Gameday experts are split.  Toby Keith and Kirk Herbstreit believe in the Big Blue, but Desmond Howard and Lee Corso need to see more from the Cats. Herbstreit has said all week he likes Kentucky to pull off the upset in Aggieland.  Benny Snell and Josh Allen have proved enough, but he thinks the difference-maker will be Terry Wilson against the nation's No. 108 pass defense. Toby Keith, a close friend of Mark Stoops, believes the head coach has completed the turn-around at Kentucky.  He won $5 while making the picks.  The country music superstar won the money by correctly answering Lee Corso's trivia question, "When was the last time these two teams played?"  Keith's answer of '65 years' means he obviously keeps up with the Cats. On the SEC Nation set, Paul Finebaum is still all in on Kentucky.  There was quite a surprise between the other analysts.  Marcus Spears has picked the Cats throughout the year, while Tim Tebow has consistently doubted Kentucky.  Today Tebow picked UK while Spears sided with A&M. [mobile_ad]