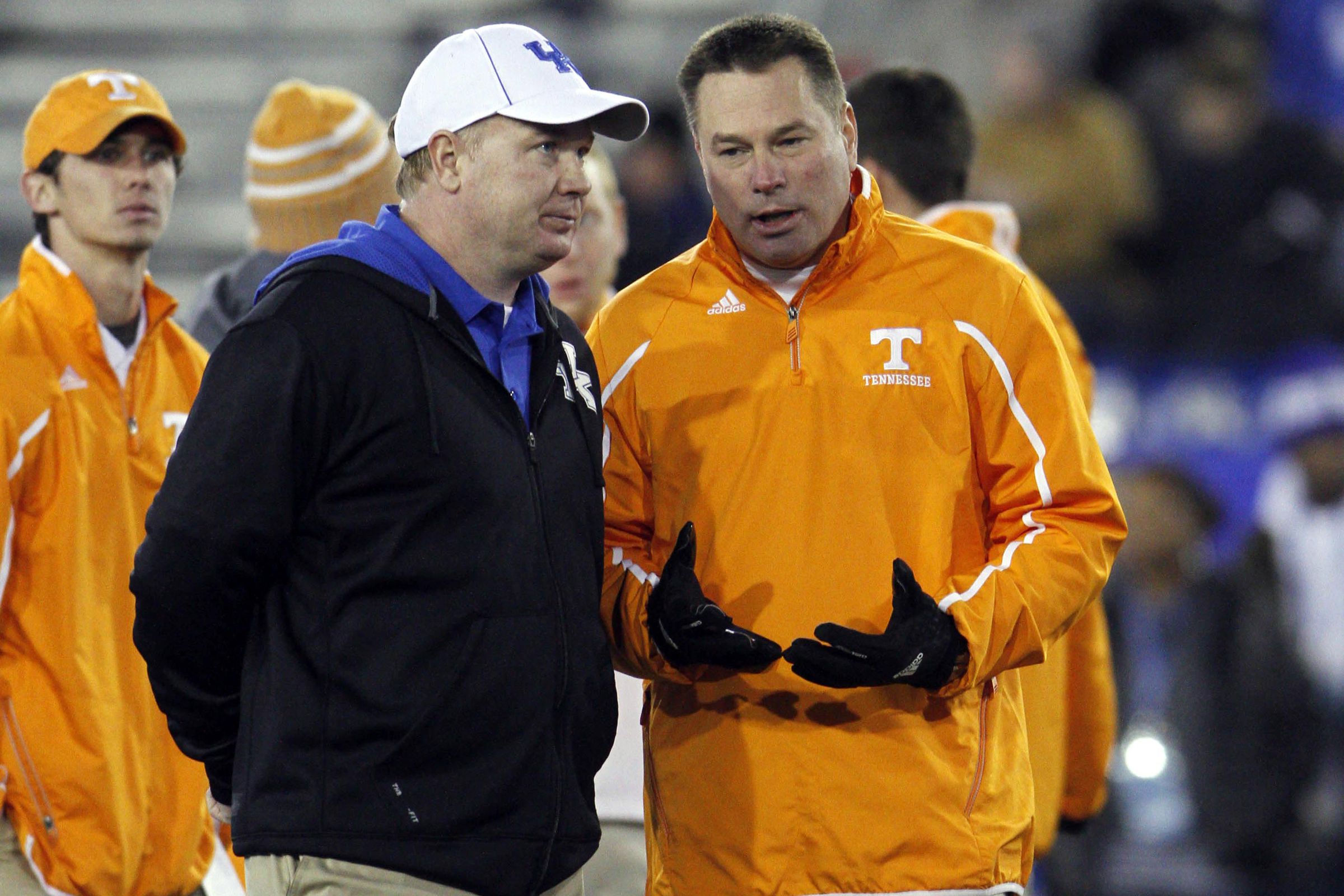 The Old Timers of the SEC East (Via Voz-CDN)

When is the last time that the SEC East mattered on a national level? Was it 2013 when South Carolina and Missouri finished in the top 5 of the final AP pole? Or was it all the way back in 2008 when Florida won the nation title? Regardless of when they last mattered the bottom line is that none of the teams matter now. In today’s AP rankings Florida was the only team in at #19 while nearly half of the other East teams were announcing a coaching change. Maybe the drop in relevancy is why the league has completely turned itself over these past four seasons. Check it out:

So What Does It Mean?

Following the 2012 season the only two teams to make head coaching changes were Tennessee and Kentucky. That makes Mark Stoops and Butch Jones the longest tenured coaches in the SEC East.

Why Does It Matter?

The SEC East is now, perhaps more than ever, up for grabs. 3 of the 7 teams will have new head coaches which translates into some big questions for next fall. Georgia, South Carolina, and Missouri will all be rebuilding efforts to some degree. Georgia is going to have the easiest road back to relevancy but is Kirby Smart going to be able to handle all the duties of a head coach? Will Muschamp’s first stint in the East wasn’t exactly a success and that was at Florida. How well will he be able to rebuild the Gamecocks while Clemson dominates his new state?

Current SEC East champs, Florida, will head into year two of McElwain after uneven results in year 1. The Gators went 10-3 but won against East Carolina, Kentucky, Tennessee, Vanderbilt, and Florida Atlantic by a touchdown or less. Their stellar defense that Muschamp built is going to lose a ton of talent to graduation and the NFL draft. Oh and Will Grier is suspended for the first six games of the season. Expect the Gators do take a major drop next fall.

So now year 4 of the Mark Stoops era begins to look like a major opportunity. Tennessee should be picked to win the East after an 8-4 year in which they left several wins on the table. But after them the results are a toss up. As of now, Kentucky will return basically their entire offense (less Towles) and has a bunch of young talent ready to take over the defense. Granted, after the regression we saw this past season that may not seem too exciting but with the East in a state of flux the chance to make noise appears to be there.

Either way, year 4 is going be the one to make or break the Stoops era. What are your way too early predictions on how things in the east will eventually shake out?