The "One and Done" is Here to Stay
Aritcle written by: 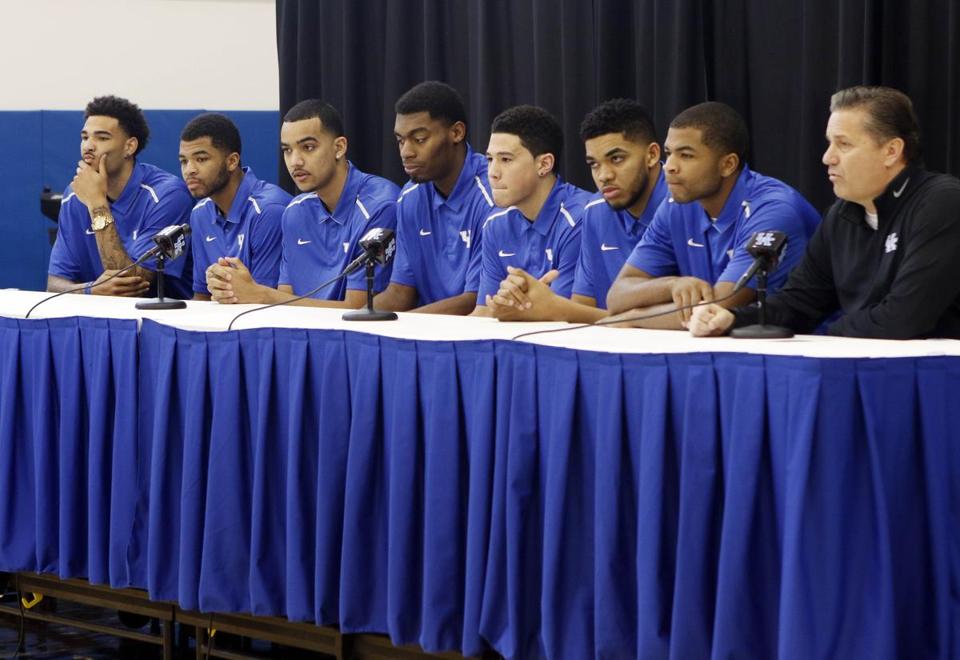 James Crisp | AP[/caption] Labor talks between the NBA and NBAPA were held today to push toward a new CBA agreement as the termination of the current collective bargaining agreement looms. While we should care about the potential earnings for former Wildcats, where it really hits home is the "one and done" rule.  The current CBA mandates that players are only draft eligible a year after completing high school.  Although the next CBA has not yet been finalized, Adrian Wojnarowski reports the "one-and-done" college draft rule will remain in place.   This should be considered good news.  Some Kentucky fans probably wish the NBA would extend the rule to require two years of college, but it's more likely they'd revert back to the old rule that allowed high school players to go straight to the pros rather than add another year to the prohibition.