Barry Odom’s first year wasn’t successful in the win/loss column. His team finished 4-8. Mizzou returns the league’s statistical leading passer and receiver, a thousand-yard rusher as well as a Top five offensive line. Summary; Missouri will lots and lots of points in 2017.

Keep an eye on the Tiger’s week two matchup at home against South Carolina. The winner of that game could set the pace for the “rising” team in the East.

Offensive coordinator Josh Heupel brought a Big 12 offense to the SEC. Year one produced the league’s top team in total offense as it averaged 500 yards-per-game and returns ten starters. The Tigers will be led by the league’s top statistical QB Drew Lock (3399-yards, 23 TD’s). Lock is surrounded by weapons at both running back and receiver. RB Damarea Crockett (1062-yards) burst onto the scene as a true freshman and provided Mizzou the added dimension of a ground game. WR J’Mon Moore (62-receptions, 1012-yards, and 8 TD’s) is the SEC’s top returning receiver. Heupel also sports a top-5 offensive line. All these combined personnel factors could equate for an offense that could light up scoreboards in 2017. Mizzou will be a highly dangerous team. 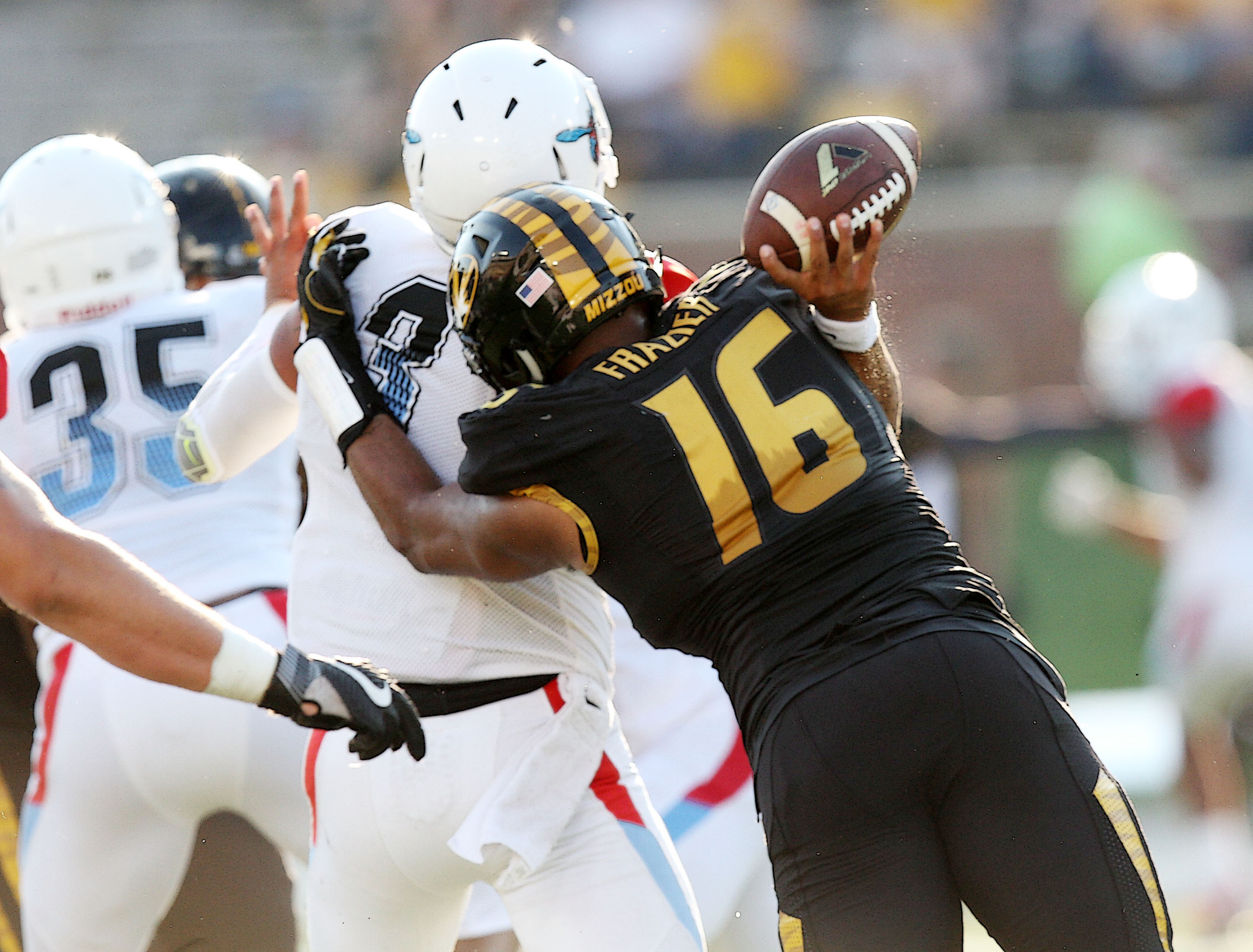 In a strange twist of fate, Missouri led the conference in total offense but allowed 479 per game which was good or bad enough for last in the league. Graduation and deflections hit the Tigers hard on this side of the football but the cupboard is far from empty. DE Marcell Frazier (7.5 sacks), AJ Logan, and former highly regarded prospect DT Terry Beckner will anchor the defensive line. Joey Burkett (40 tackles) is the only returning starter at linebacker. Two defensive backs led the team in tackles: Safety Thomas Wilson (58) and cornerback Anthony Sherrils (53).

Remember my theory, for the Cats to climb the ladder in the SEC East it must win the “Columbia” games which includes South Carolina and Missouri. The Tigers will be coming off a bye week prior to visiting Kroger Field. This is a cause for concern but 2016’s game saw UK dominate Mizzou across the board.

A look back at last season

“We looked back at last year. We did a very, very thorough self-evaluation throughout the year and then when the season was over on who we were and why we didn't achieve the things we wanted to. I didn't do a good enough job as the head coach getting us ready to go win games. We got a lot of guys coming back. I think we have a tremendous staff that I am very proud of. I am going to make a lot of wrong decisions. There is no doubt about it. They know that, and they're going to make me right. We have a group of those guys in the room that do it every day. And I'm excited to go to work with them again this season”.

Offensively, if you look, we got ten returning starters back on an offense that played really well down the stretch. It's our job as coaches to make sure that everything we do is make sure that those ten returning guys plus the new additions, that they play at a higher level than we did last year. That's exciting for us on the opportunity to be able to build and put those pieces in place, all the moving parts that it takes to be a really good offensive football team. We need to have more consistency on that side of the ball and everybody understands that.

Defense “Defensively, we weren't near good enough last year. I know that's been talked about enough since season's end. And when you win four games, guys, believe me, it hurts your soul. And that's where I was at. So you figure out how to fix it whether you inherited the problems or you had the problems on your watch. That's the job of a coach. That's why they call you coach. Go fix it.”