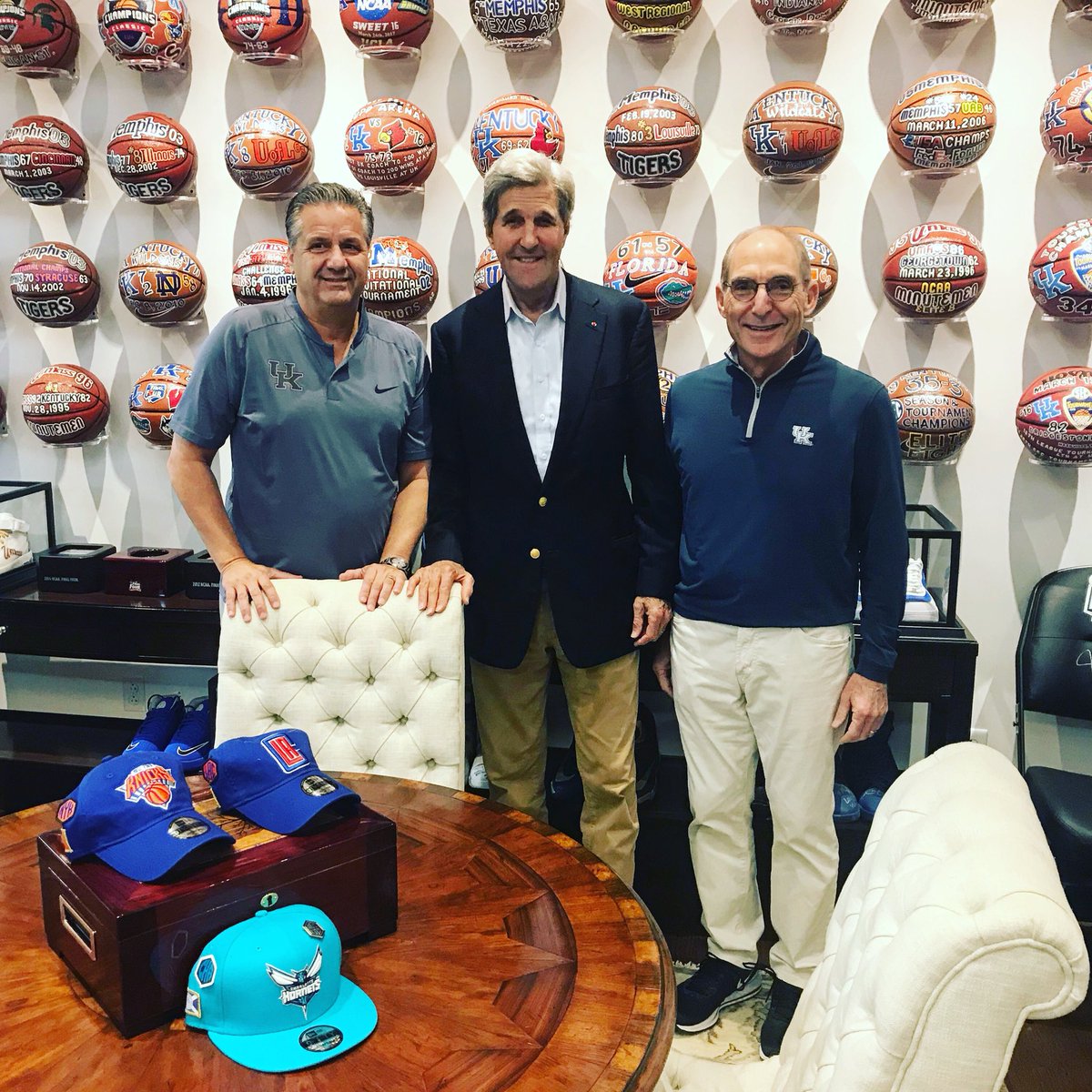 @UKCoachCalipari[/caption] It's a Kentucky football game day and an early morning for the Kentucky basketball team.  John Calipari's morning practice session at the Joe Craft Center featured a few famous faces. Former Secretary of State John Kerry was the most notable dignitary in attendance.  The democratic nominee in the 2004 presidential election spoke to the team after practice.  As expected, Kerry's presence drew criticism on social media. "Anyone who has given to this country his entire life — from the Navy to our government — to make our country better, I respect," Calipari responded on Twitter. "Party is irrelevant to me and I’m glad my team got to meet John Kerry today." The sidelines also featured a few talented basketball stars.  Tyrese Maxey is in town for his official visit. He got the chance to hang with a few former Wildcats who are making money in the NBA, Bam Adebayo and De'Aaron Fox, another talented Texas point guard. [caption id="" align="alignnone" width="1200"] 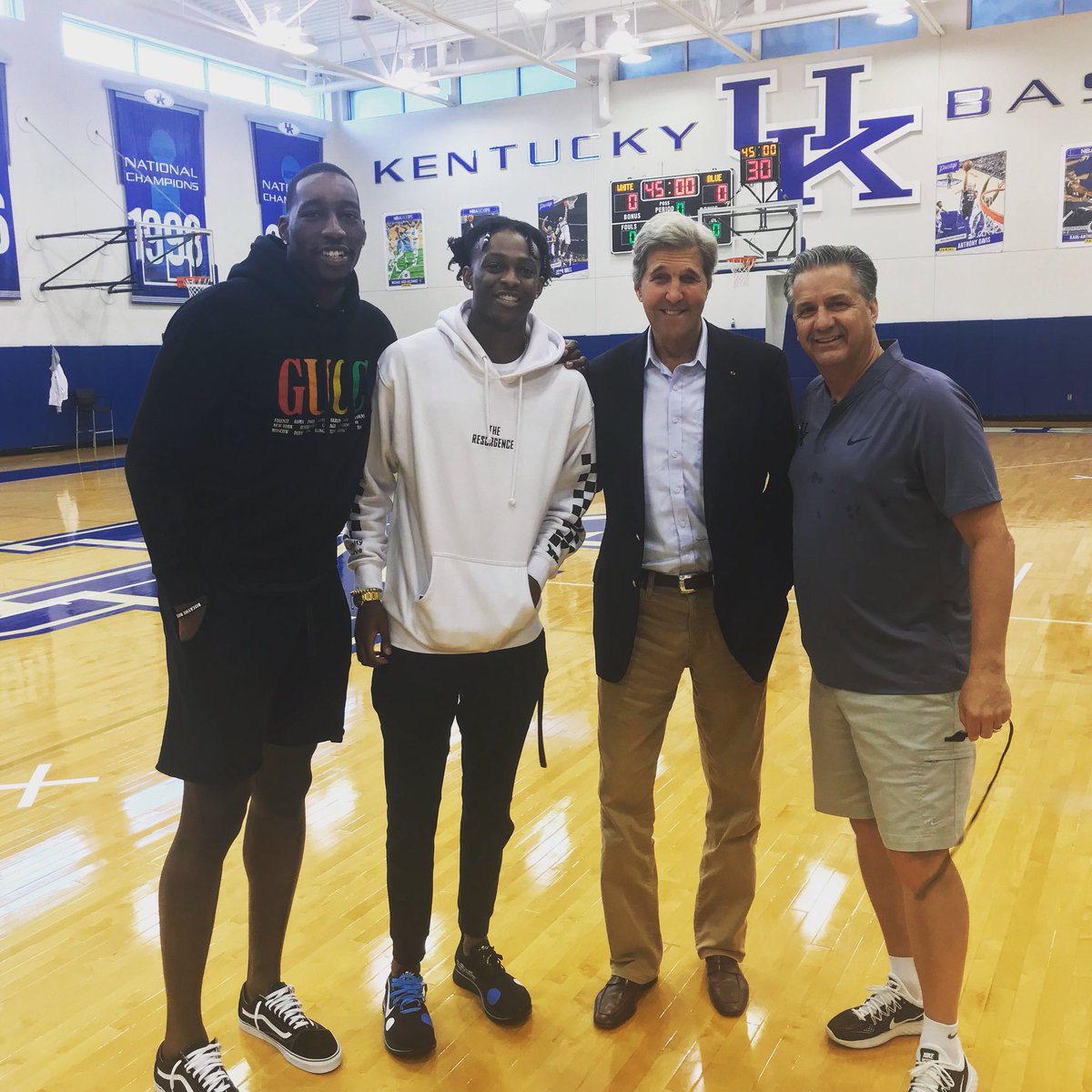 @UKCoachCalipari[/caption] Those in attendance were treated to quite a few highlights, like this back-door finish by Jemarl Baker.

Great cut by @jemarlbakerjr. Even better find by @IQ_GodSon. Both having a solid practice. pic.twitter.com/oq36Ywdlpy