Fans filled the plaza before the gates opened, via @JohnWDRB.[/caption] In today's Super Regional elimination game, Nick Mingione is making a change behind the plate.  Troy Squires is replacing Kole Cottam to catch for Sean Hjelle. Cottam's hot bat helped UK reach this point, that's why he'll stay in the lineup as a DH, replacing Luke Becker's mullet.  Cottam's double off the right field wall against N.C. State gave Kentucky the lead for good in the Regional Final. Yesterday Cottam caused some commotion, jawing with Drew Ellis after Ellie hit a three-run homerun in the fifth inning.  That altercation, and Squires' elite defending ability, is probably why Cottam will only hit today against UofL. [caption id="" align="alignnone" width="1200"] 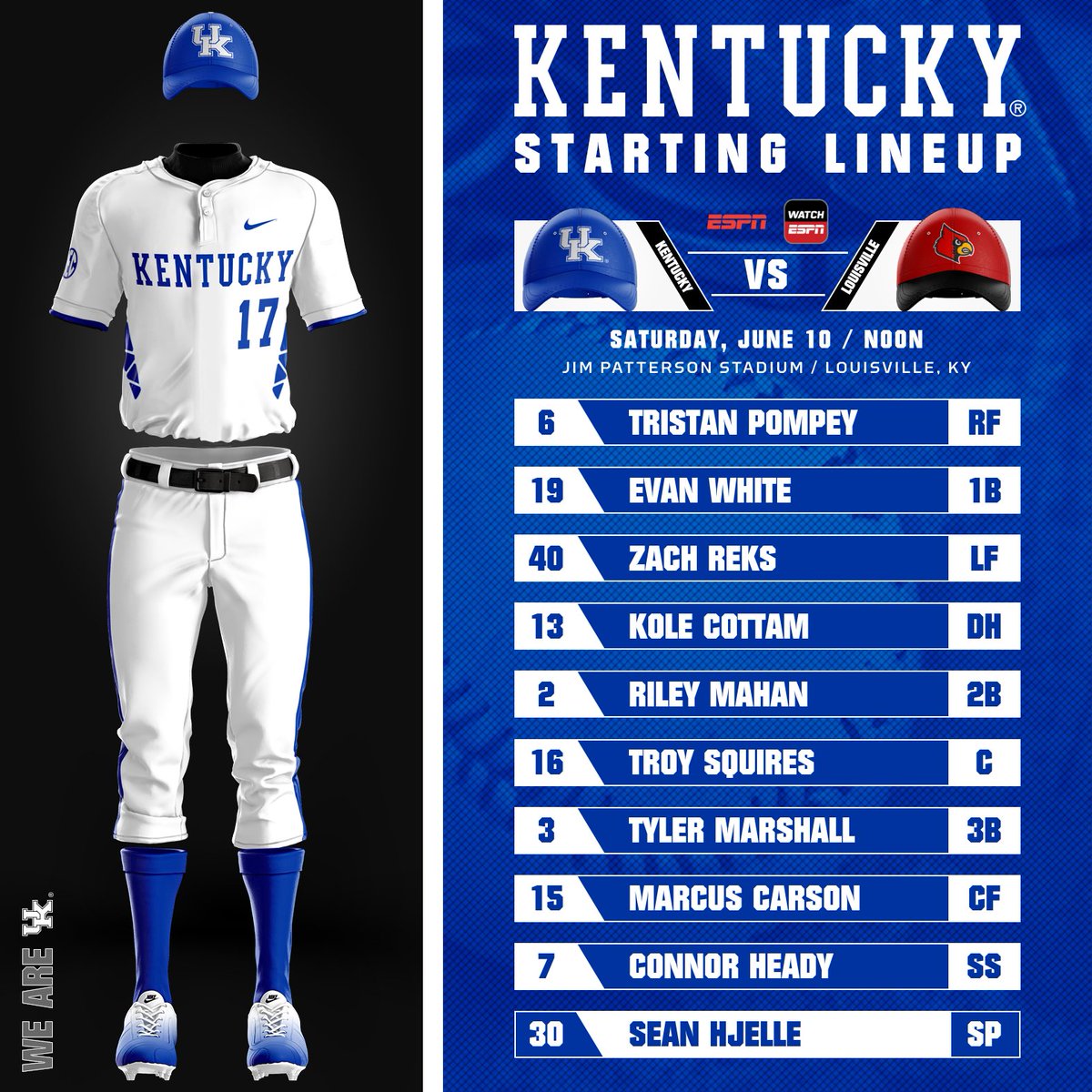