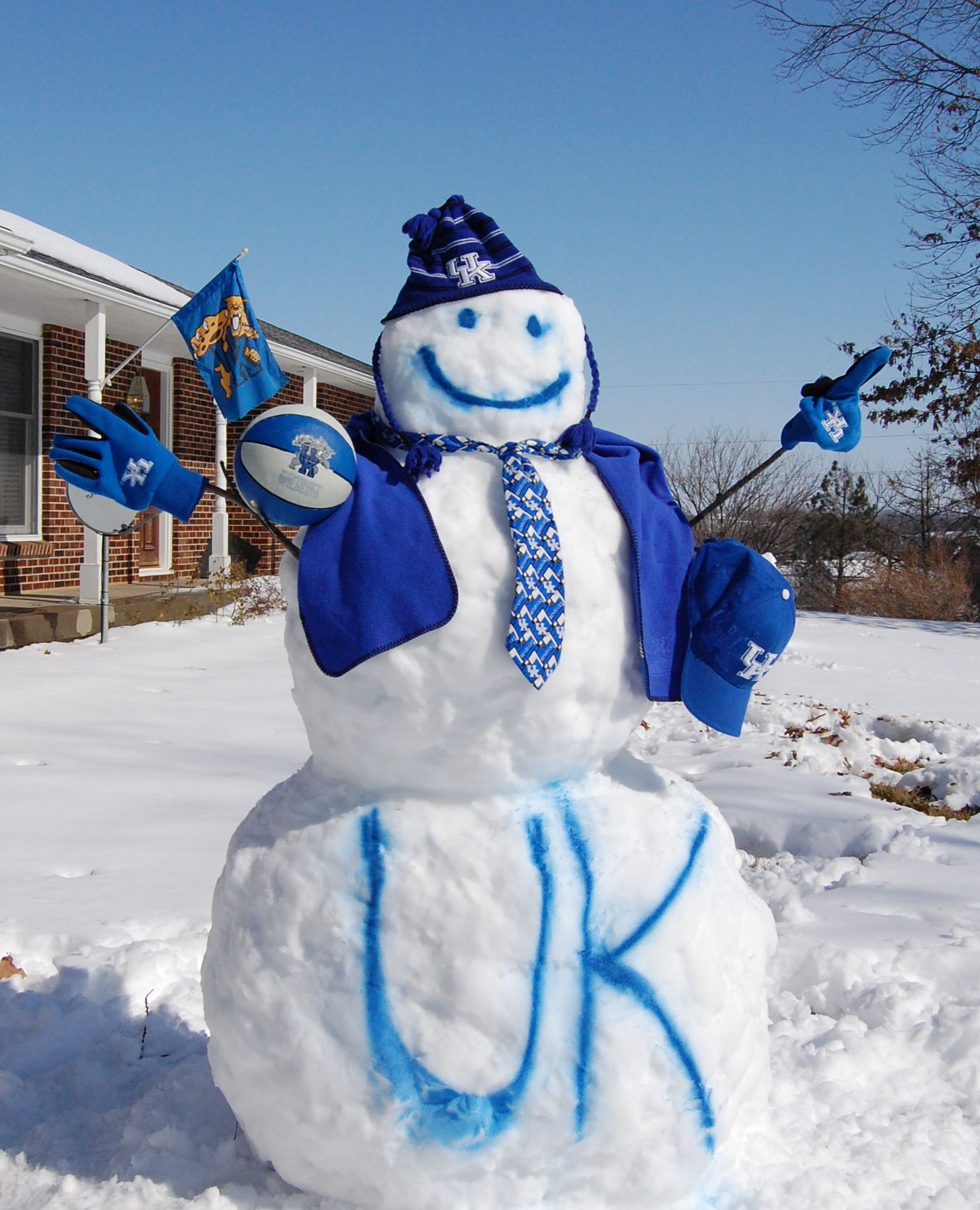 It's another Snow Day in Kentucky!

Last Sunday Chicago Bears' Cody Parkey missed a 43-yard field goal to win the game. The Internet erupted. Bears fans blamed Parkey and said not so nice things to him. Philadelphia Eagles fans sent him money via Venmo. And fans of the NFL and football felt sorry for him. Yesterday, Goose Island Beer Co. in Chicago held a competition to see if any of the 100 participants could make a 43-yard field goal. The results were expected. The videos did not disappoint. https://twitter.com/GooseIsland/status/1084162923654729728 https://twitter.com/ESPNMichele/status/1084183263726522368 https://twitter.com/GolicAndWingo/status/1084206638079332352 Chicago Bear fans, you owe Mr. Parkey an apology.

The Kentucky women's basketball team plays Auburn on February 7th. After seeing this video, I hope the game is not decided on a dance-off. Sorry, Coach Mitchell but these girls can dance. https://twitter.com/ncaawbb/status/1083821599701327872

Can Stoops recruit this dog?