Today on KSR, powered by DRAFT: Football is coming
Article written by:

A message from our friends at DRAFT…

DRAFT is the only place where you can play in daily fantasy football snake drafts for real money!

The average draft takes under five minutes, so you’re in and out in no time. Just pick 5 players and cheer for them in real-time as you watch the winnings rack up.

There’s a reason DRAFT is the highest rated fantasy football app on Android and iOS. Join now and claim your free entry!

Mark Stoops will preview the season on the SEC Coaches Teleconference

Today is the first SEC Coaches Teleconference of the season, which means Mark Stoops and the league’s coaches will chat with their favorite reporters for ten minutes each around lunchtime. With Nick Roush on the road, I’ll be tuned in to hear if there are any updates on Kentucky’s preparations for Southern Miss and also to see if I can understand anything Ed Orgeron says.

The KSR Crew leaves for Hattiesburg

After today’s show, Matt, Ryan, Nick Roush, and Perrin Johnson will pile into the ole KSR mobile and head south towards Hattiesburg for Saturday’s season opener. That’s a ways away, so they’ll stop in Birmingham tonight, so if you’re in the area, give them recs. I’ve already made Nick Roush well aware of the best beer in the world, Good People IPA, whose taproom is right downtown.

Today’s “Something Good”: Animals being rescued from Hurricane Harvey flooding

By now you’ve seen countless videos and pictures of the aftermath of Hurricane Harvey, which crippled Houston and southeast Texas. Over the last five days, Houston has received almost 50″ of rain, which is more than our area averages in an entire year. The damage is devastating, but the stories of people teaming up to rescue others are inspiring. As an animal lover, the footage of people rescuing pets affects me most, and this compilation from TIME will hit you right in the feels:

If you missed it in the post below this one, last night, John Calipari announced that Kentucky Basketball will host a disaster-relief telethon with WKYT on Sunday to raise money for Harvey victims. We should find out more details in the coming days. Houston native and current Memphis Grizzly Andrew Harrison also issued a plea for donations on behalf of the American Red Cross:

Want to do something to help? Click here or text HARVEY to 90999 to donate $10 to the American Red Cross.

Watch the Southern Miss Game in the Woodford Reserve Club

Don’t get CBS Sports Network? Or, do you just want to watch the Southern Miss game with some diehard Kentucky fans? The Fayette County UK Alumni Club is hosting a watch party this Saturday at the Woodford Reserve Club at Kroger Field. You can watch the game on over 25 flat screens and two large projector screens inside the Woodford Reserve Club – or head out to the patio and watch it on the two stadium scoreboards. Doors open at 3:30 p.m. and kickoff from Hattiesburg is at 4 p.m.

The cost is $20 for alumni association members, $25 for non-members, $10 for children 17 and under and includes admission to the event along with complimentary snacks and non-alcoholic beverages. Concessions and a full bar will be available for guests to purchase additional food and drink during the game. All proceeds will go directly to the Fayette County UK Alumni Club Scholarship Fund to support local students attending UK. Head to www.ukalumni.net/fayettegamewatch2017 for more information.

Double Take of the Day: Randall Cobb with facial hair 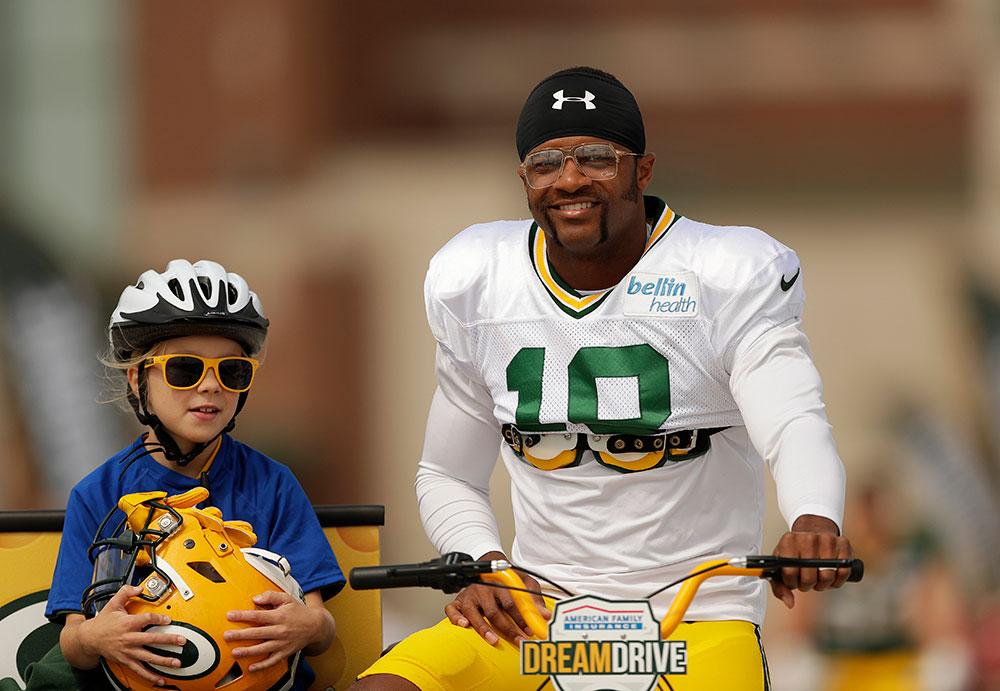 No, we have not flashed back to the 70s. Even so, Randall can pull it off.

Tune in to hear the guys prepare for their trip to Hattiesburg and tackle more of the food bracket one hour from now.