The Cats will be underdogs when West Virginia pulls out all of the stops for the primetime College Gameday match-up. If you can't hear Tom Leach and Mike Pratt on the UK Sports Network, you can listen on Sirius-81 and XM-81.

Kentucky leads the border state series 15-5.  Huggins' record vs. UK is only 1-4, with the one win coming in that God forsaken 2010 Elite Eight.  Calipari exacted revenge by eliminating West Virginia from the NCAA Tournament in 2011 (71-63 in the second round) and in 2015 (78-39 in the Sweet 16). The last time a Kentucky team traveled to West Virginia, Adolph Rupp was the head coach.  Tom Parker led the Cats in scoring with 24 points, Kent Hollenbeck had 23, Tom Payne and Mike Casey each chipped in 19 to take down the Mountaineers 106-100 on December 7, 1970. This West Virginia team has lost three of their last four, a skid that started when Kansas handed them their first home loss of the season.  The Mountaineers have lost at home only five times in the last three seasons.

Cal Kicked it with Huggy

Prior to tonight's tenuous tip-off, John Calipari and Bob Huggins spent the night raising money at a charity fish fry.  More than 2,000 people were in attendance.  Cal joked on Twitter, "He told me I was helping. He never asks LOL." [caption id="" align="alignnone" width="470"] 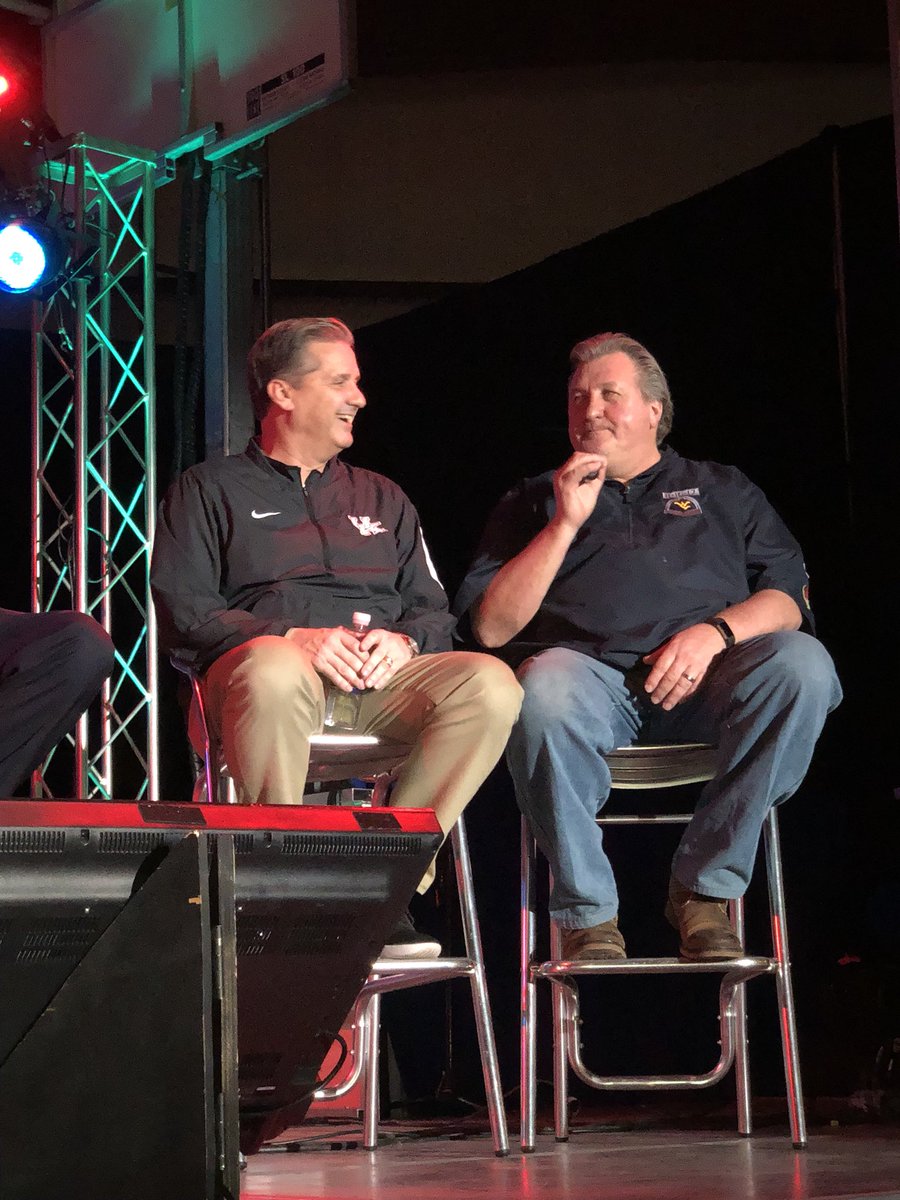 Last night the KSR contributing writer won first place for best sports column in a college publication from the Kentucky Press Association.  KSR has accomplished many things, but I believe Reecer is the first active publisher on this site to ever win an award for journalism.  Congrats! [mobile_ad]