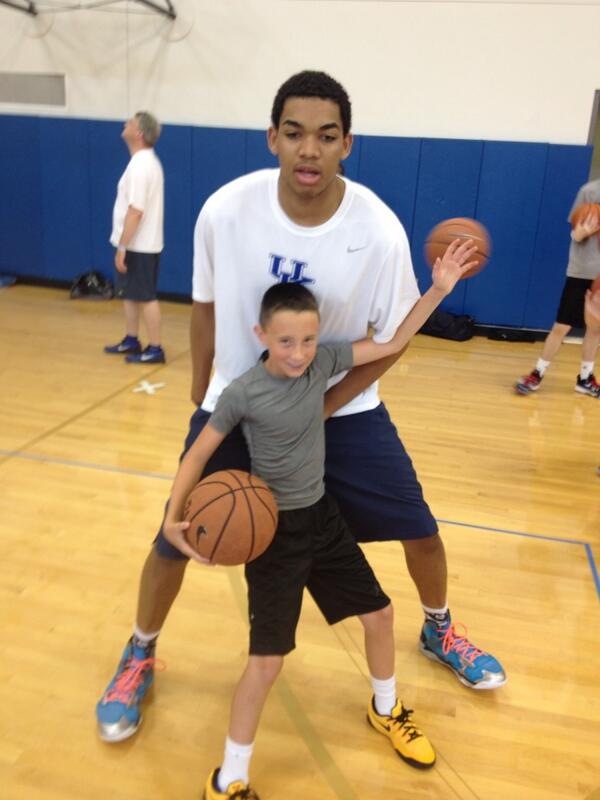 @19blue23[/caption] There may be a few better ways to spend Father's Day weekend but it's hard to think of one. Karl Town is one massive human being with those size 20s being nearly as long as that kid's entire leg.   [caption id="" align="alignnone" width="599"] 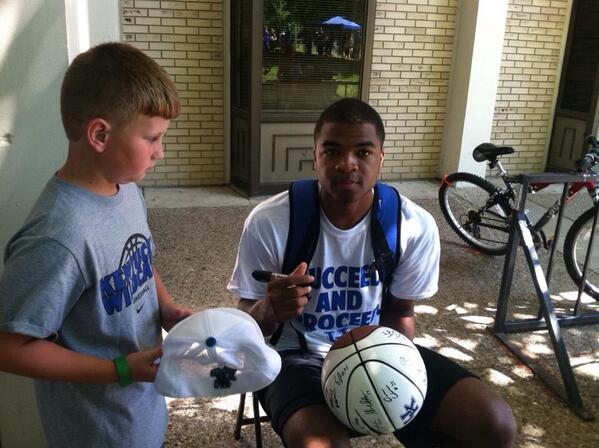 Image Via @nash_misty[/caption] Mr. Big Shot himself is back on campus and signing autographs for the kids. Immediately after this photo was taken he launched the autographed ball and sank one nothing-but-net all the way at the blue courts. 500 footers are nothing for Aaron Harrison.   [caption id="" align="alignnone" width="600"] 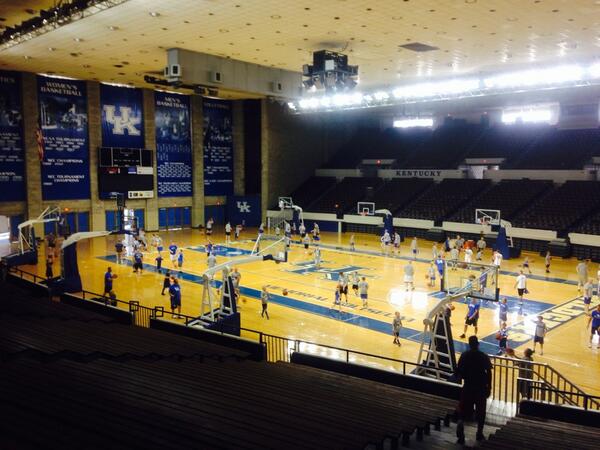 @mattjoneshoops[/caption] Day two of the camp got underway this morning and looks like a pretty awesome time for both the fathers and sons. Maybe I can team up with the kid from down the street and we can go get to meet some of the new guys. No doubt there is at least one duo there that has done the same. Do you know anyone who is at the camp today?