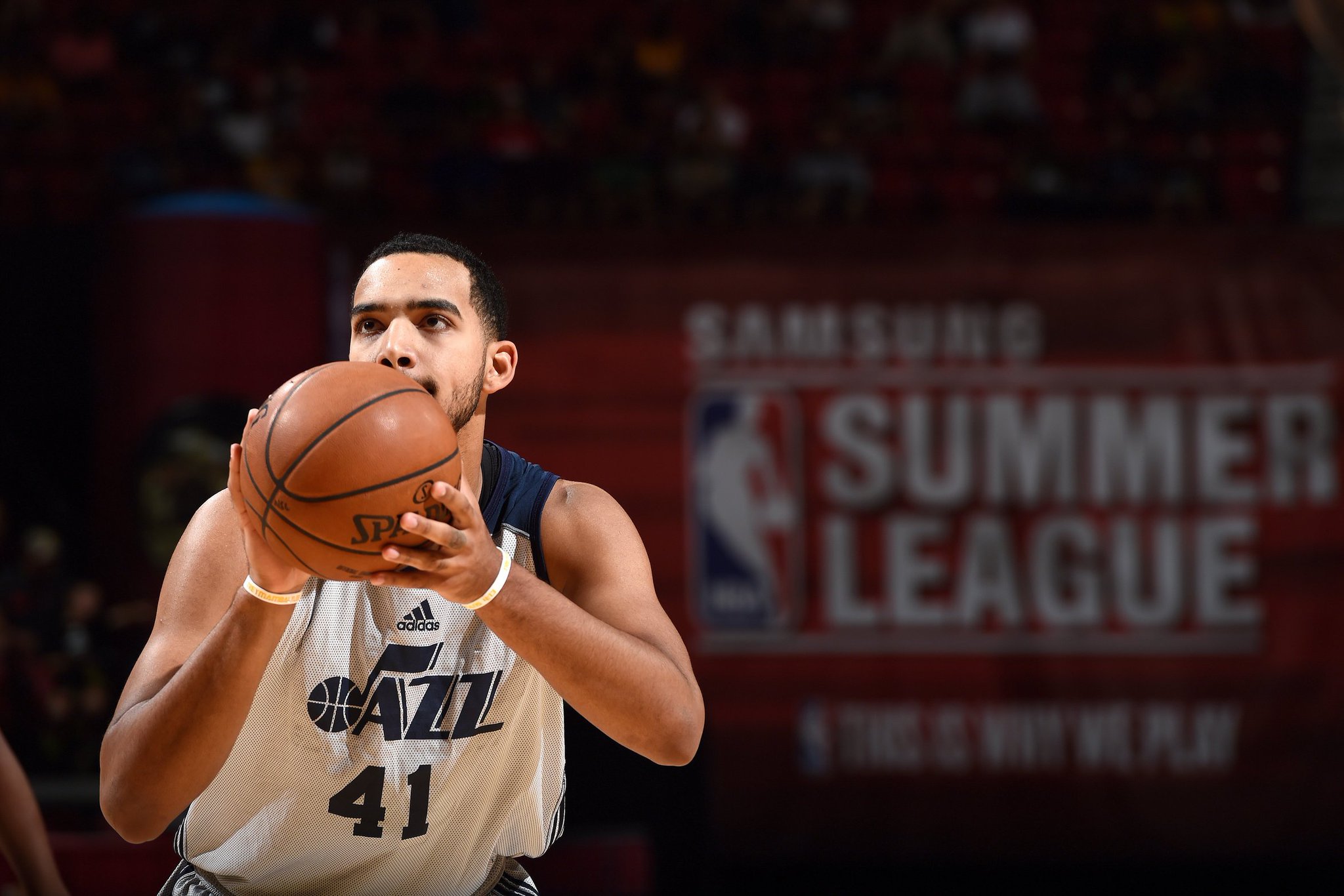 @NBAstats[/caption] Devin Booker may be stealing all the headlines at the NBA Summer League, but his former teammate Trey Lyles deserves some major kudos. Lyles turned in another impressive performance this afternoon, putting up 30 points and 9 rebounds in Utah's 92-89 2OT loss to Portland. Lyles was superb, tapping the ball in off a missed free throw at the end of overtime to force double OT: https://vine.co/v/577zDdKpwdY Utah had a chance to win the game when Lyles dished the ball to a wide open Quincy Ford in the corner, but Ford boggled the ball out of bounds. Regardless, Lyles earned praise from commentators throughout the game for his confidence and shooting. The former Cat was 5-7 from three-point range, with one of those threes coming in overtime: https://vine.co/v/57WlZi5uvIX Another from waaay downtown in the fourth quarter as the shot clock expired: https://vine.co/v/57W2TuYznqL And one of his trademark smooth floaters in the lane: https://vine.co/v/57WFgY6W6OO Here's his game log for both the Utah and Vegas Summer Leagues: James Young and the Boston Celtics are currently playing on ESPN2 and the Phoenix Suns will tip off on NBATV at 6:30 p.m., but according to reporters in Vegas, Devin Booker is in street clothes and will not play. Before you freak out, Devin has more than proved himself this week and is likely sitting out to prepare for his run on the USA Basketball Men's Select Team that will help Team USA train for the Olympics at Training Camp next week.