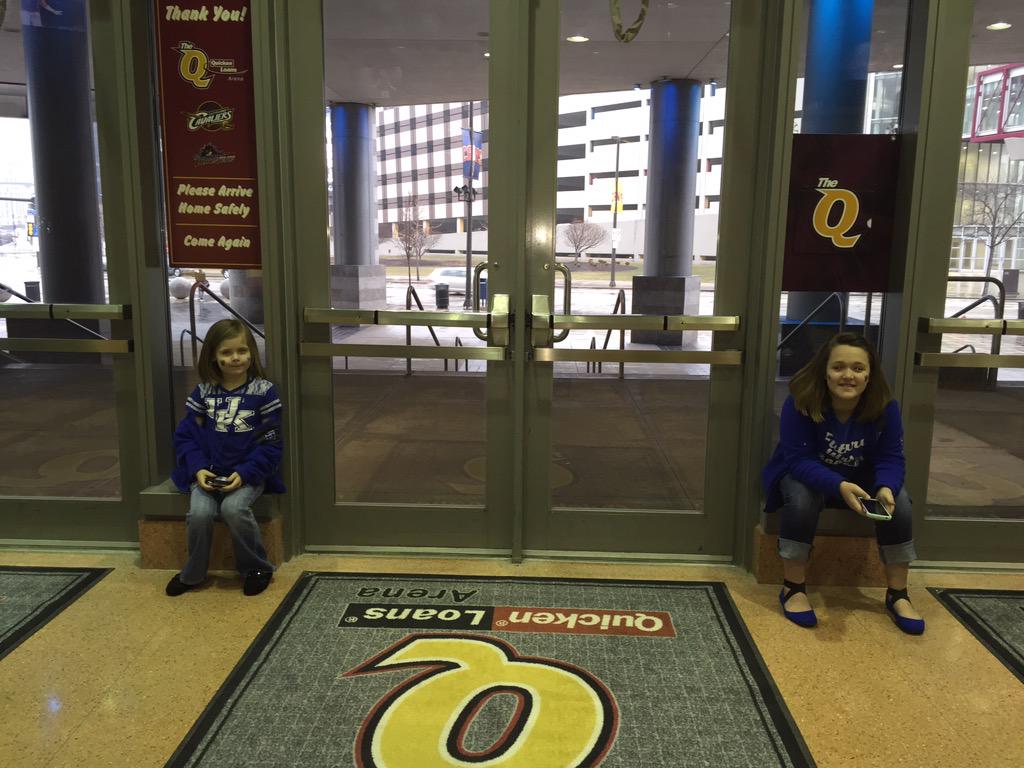 @kamihjohnson[/caption] The Kentucky basketball team doesn't practice until a little after 3:00 pm today but don't tell that to these fans who lined up outside the Quicken Loans front doors early this morning. They were up early and at the arena to secure the first spot in a yet-to-be-formed line, hoping to get the best seats in the house when UK takes the floor later today. Surely Big Blue Nation can't match the crowd that showed up to the open practice in Louisville last week, right? It's unlikely, but nothing BBN does comes as a surprise anymore. You people are crazy.