UK Basketball spends the day giving back
Aritcle written by: 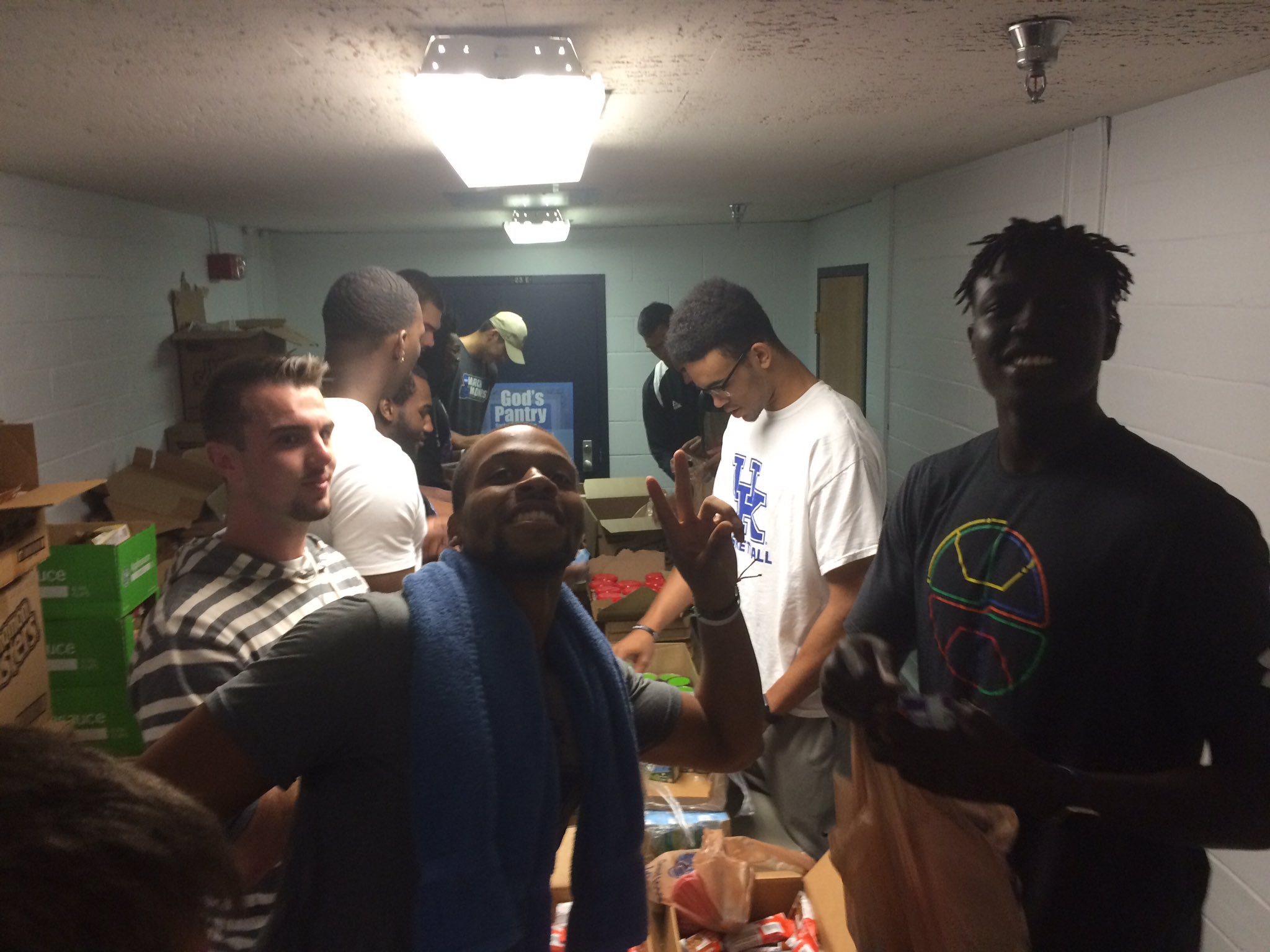 @KentuckyMBB[/caption] It's been a while since we've seen your University of Kentucky Wildcats in action, and today, we got some pictures of the guys going to work...for the community. This afternoon, the Cats packed lunches for God's Pantry, which will be delivered to area elementary schools on Friday. Another pic, from CoachCal.com: [caption id="" align="alignnone" width="2048"] 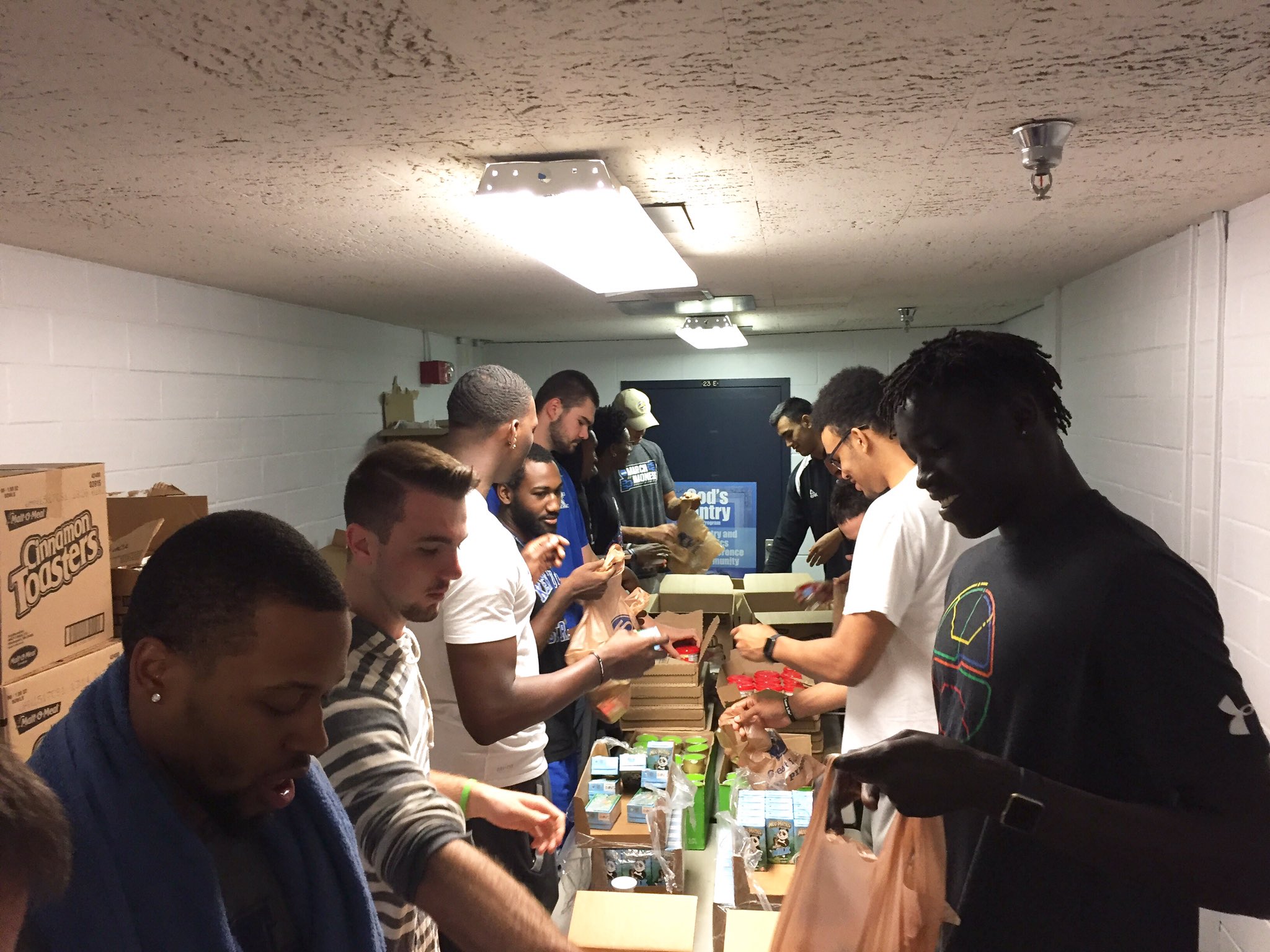 @CoachCalDotCom[/caption] Sure, some practice notes would be nice, but after two weeks of depression, it's just nice to see a picture of the team hanging out. From the looks of it, their passing skills are totally in sync. Nice teamwork, too.