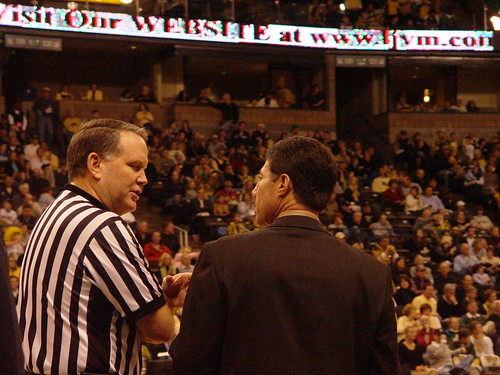 Well you knew there would be something to get the Big Blue Nation worked up prior to the game. One of the referees for Friday's game in Louisville is scheduled to be Mike Stuart, the referee who kicked Calipari out of the Mississippi Valley State game. Stuart is one of only two referees to eject Calipari in his career and he was also the referee when UK lost to South Carolina last season while ranked #1. So if you want something to fret about going into the game...now you have it.