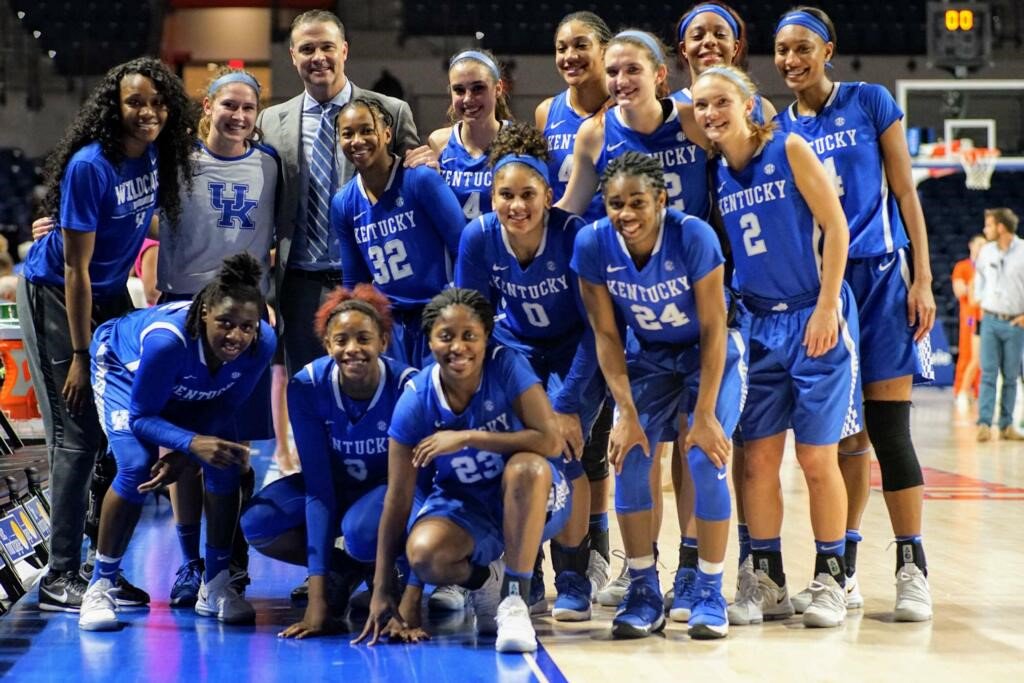 @KentuckyWBB | UK Athletics[/caption] It was a narrow, but much needed, win for UK Hoops tonight against the University of Florida. No. 24 Taylor Murray secured an early lead for the Cats, hitting seven of the eleven points Kentucky earned in the first quarter. The score at the end of the first quarter was 11-10. The second quarter started with the Gators hitting a 10-0 run and gaining their first lead of the game, but a three from No. 22 Makenzie Cann helped UK Hoops go in to halftime on top. By halftime, the Cats were scoring just 32.1% from the field, but still held on to the lead. The score at the end of the second quarter was 20-18. Florida started the second half by hitting two threes, and reclaiming their lead. While the Gators hit a total of seven threes in the third quarter, Kentucky managed to hang on, only tailing by three points. The score at the end of the third quarter was 36-39. Although UK Hoops managed to earn a four-point lead early on in the fourth quarter, Florida responded, tying at 46-46 with less than four minutes left in the game. A shot clock violation from the Gators gave the Cats the advantage they needed. Another three by Murray in the last minute of the game only increased this lead, with the score 54-49. A score from Florida managed to cut UK’s lead to 54-51 with less than thirty seconds left in the game. A turnover from Kentucky gave the Gators momentum to score again with 6.1 left in the game, bringing the score to a 54-53. In a nail biting ending, No. 4 Maci Morris was sent to the line, missing her first shot, but landing her second. No. 2 Paige Poffenberger was sent to the line immediately after. Poffenberger also missed her first shot, but landed her second, guaranteeing a victory for UK Hoops. The final score was 56-53. In addition to this win ending Kentucky's eight-game losing streak, it was also Coach Matthew Mitchell's 250th win at Kentucky. UK Hoops will play Vanderbilt University at Memorial Gymnasium in Nashville, TN, on Monday, Jan. 15, at 7 pm. The Cats will be back in Lexington on Sunday, Jan. 21, at noon, when they take on the University of South Carolina at Rupp Arena.