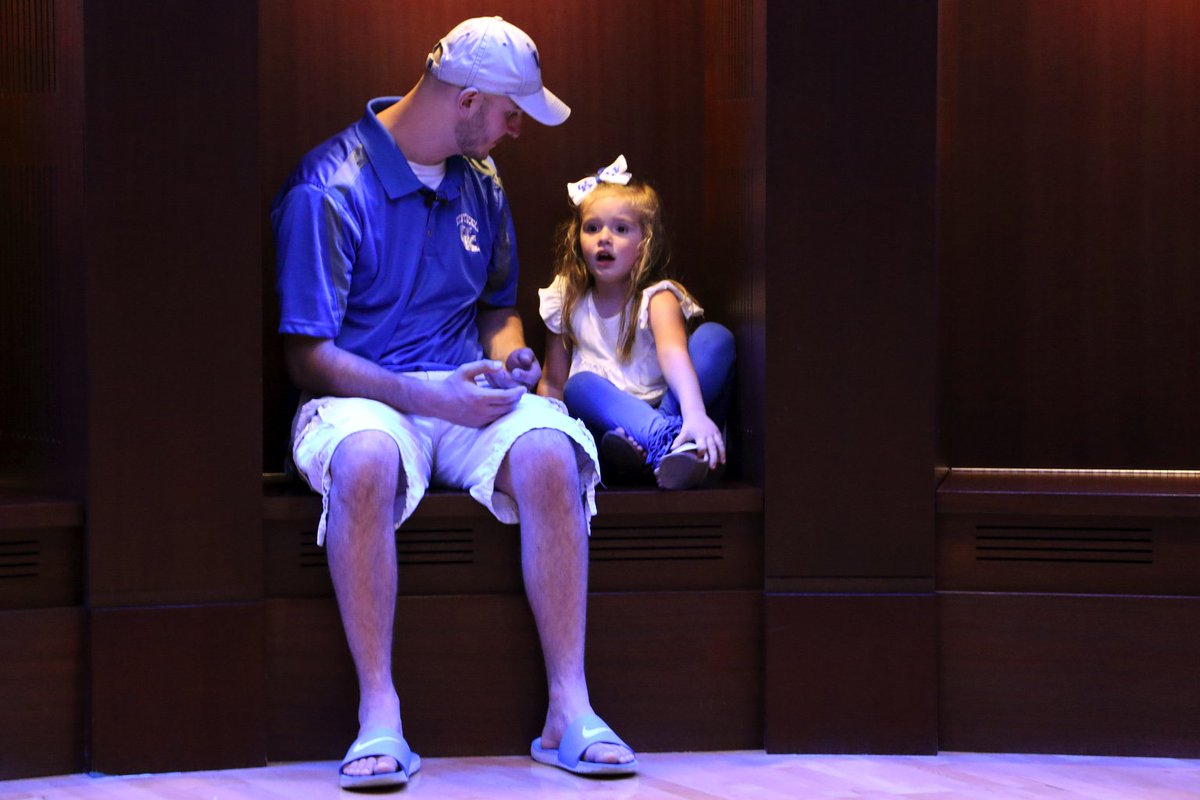 Photo by Hunter Mitchell | Cameron Mills Radio[/caption] Zachary Summers does not have long to live, but he and his family are making the most of it. The lifelong UK fan from Casey County has terminal brain cancer.  He was told by doctors he has just a few weeks to live.  Summers is spending his final days creating memories with his wife Alyssa and daughter Hadley. "It's been amazing to see the outpouring of love and support that people have and the way people want to help Zach and Hadley and us make memories together," Alyssa said. "People from all over have reached out to offer tickets, or a prayer or just an encouraging word to kind of help things because it's a scary time." Yesterday the University of Kentucky opened their doors for the Summers family.  They toured all of the facilities, from Kroger Field and the Nutter Football Training Facility to Rupp Arena.  Along the way he spoke to football coach Mark Stoops and met former basketball players Jeff Sheppard and Cameron Mills.  It was a day they'll never forget. KSTV's Bradley McKee shared their story. https://www.youtube.com/watch?v=aTQTXm00_qk [KSTV]