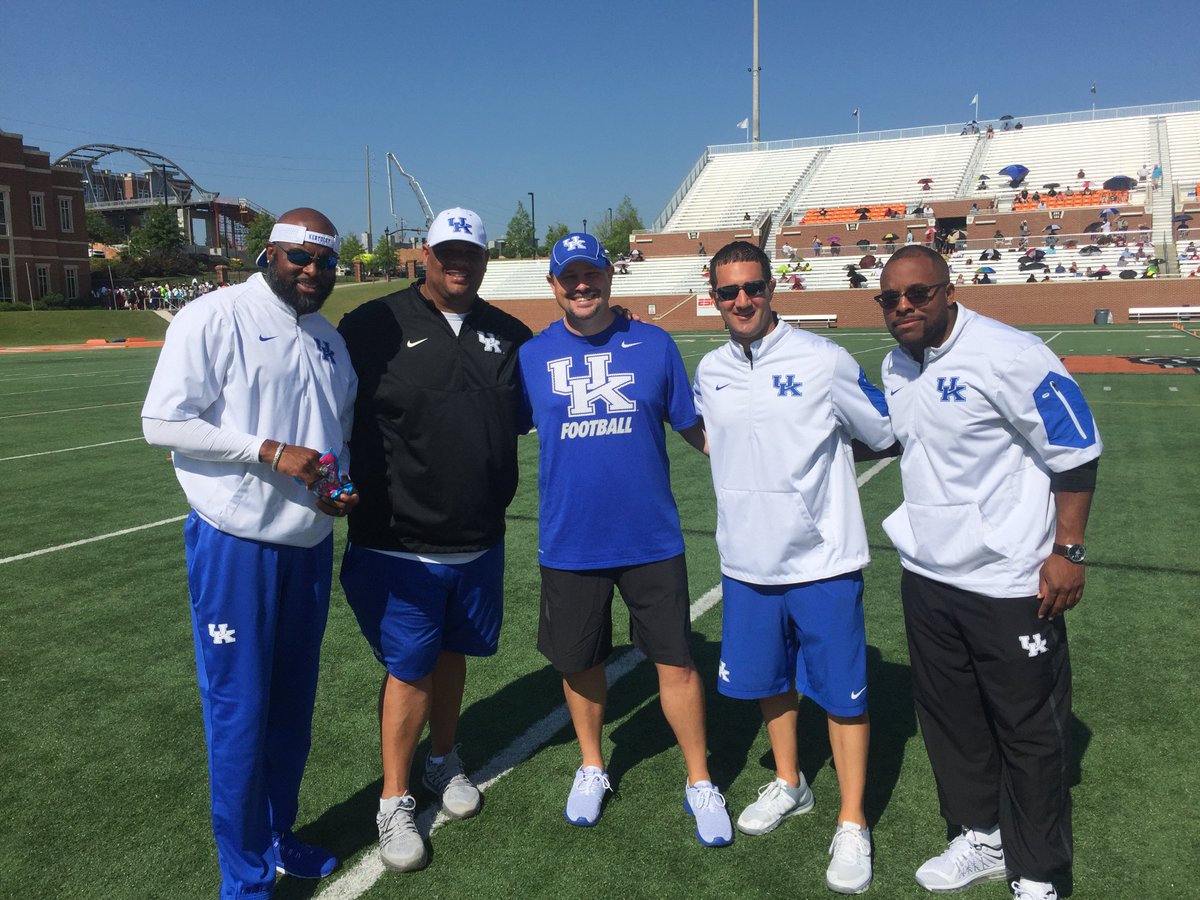 @DerekTysonESPN[/caption] The University of Kentucky has a strong presence at the Mercer satellite camp in Macon, Georgia today. From left to right in the above photo you'll see wide receivers coach Lamar Thomas, defensive line coach Jimmy Brumbaugh, inside linebackers/special teams coach Matt House, quality control coach Tommy Mangino, and graduate assistant Jonathan Cooley. Coach Thomas tweeted early this morning that he's going to "get that bacon in Macon": https://twitter.com/LamarCoachT/status/738670341384507392 Auburn, Georgia, Florida and South Carolina also have coaches at Mercer today, among others. Meanwhile, Jim Harbaugh, the SEC's archenemy, is in Georgia for satellite camps this week. Watch him introduce himself to Georgia head coach (and former Alabama assistant) Kirby Smart:

Jim Harbaugh introduced himself to Kirby Smart by saying: "Kirby, how you doing? Harbaugh." pic.twitter.com/Sk3mTk5nWg

"Kirby, how you doing? Harbaugh." I'm SEC through and through, but I think I love Harbaugh too.