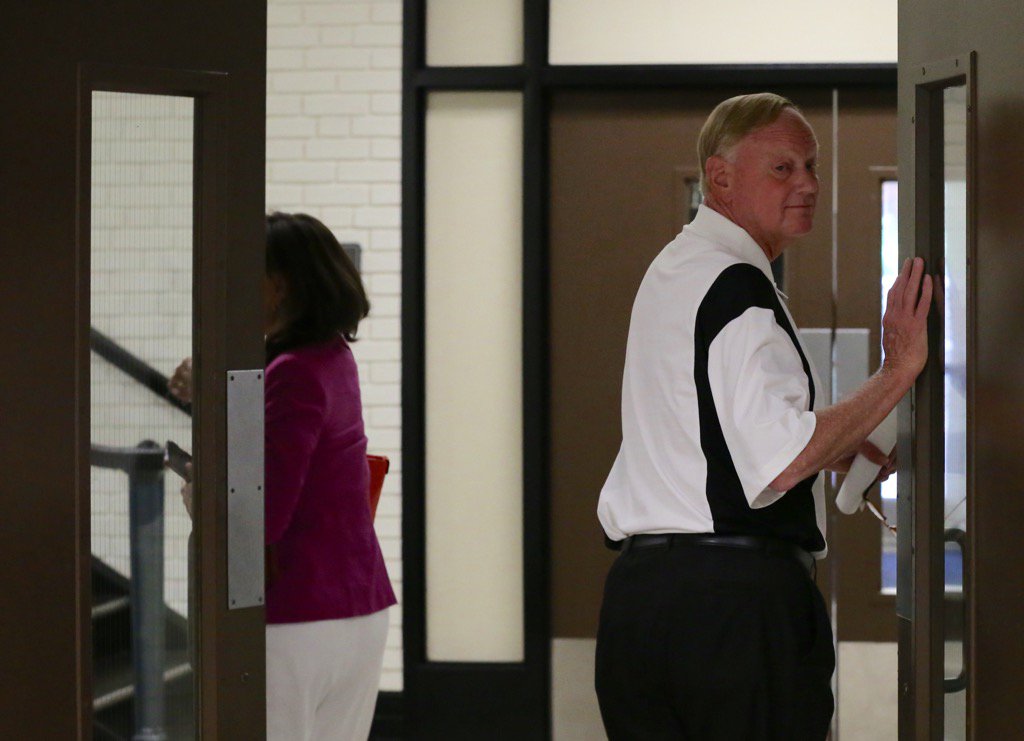 @CJ_Upshot[/caption] Well, UofL president James Ramsey did step down today, but in true form, he's not really gone at all. In a special session of the Board of Trustees, Ramsey resigned as school president, effective immediately, but will stay on as interim president until June 30, 2017, or whenever the new president asks him to leave. During that time, Ramsey will collect his same salary and benefits, including one year of administrative leave. Talk about a golden parachute. And, of course, there was no mention of Ramsey stepping down as the president of the UofL Foundation, so, really nothing has changed. The Board of Trustees is now in closed session to discuss Ramsey's demands. Stay tuned to this thread for updates...